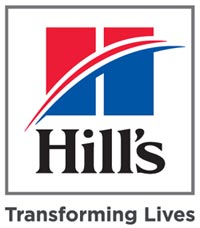 The Food and Drug Administration issued a warning letter to Hill’s Pet Nutrition this past November following an investigation prompted by a recall of dog food products that contained toxic amounts of vitamin D.

The FDA issues a warning letter when it finds that a manufacturer has significantly violated agency regulations. The letter makes clear that the company must correct the problem and provides directions and a time frame for the company to inform FDA of its plans to correct any concerns.

The agency says Hill’s failed to follow company procedures for consistently verifying the quality of ingredients in its pet foods. Hill’s says it has already addressed the FDA’s concerns to avoid potential problems with its food ingredients in the future.

The FDA letter details the results of the agency’s investigation, which included inspections of the company’s Topeka, Kansas, manufacturing facility. The investigation was launched after Hill’s voluntarily recalled a total of 86 product lots, including 33 varieties of its canned dog food products. The recall started in January last year and eventually expanded to include additional products and product lots in the spring. The products were manufactured by Hill’s and marketed under the Hill’s Science Diet and Hill’s Prescription Diet brands. Overall, the recalls affected slightly more than 1 million cases of dog food, or nearly 22 million cans. No dry foods, cat foods, or treats were affected by the recall.

The FDA confirmed Hill’s findings that pet food products with unsafe levels of vitamin D were manufactured and marketed by the company. Further, the FDA confirmed that Hill’s had determined that the unsafe levels of vitamin D were a result of an ingredient that it received and accepted in the form of a vitamin premix from a supplier “in a manner not in accordance with your receiving procedures, and that was subsequently incorporated in the animal food products,” according to the letter.

The vitamin D levels in tested lots of recalled products were more than 33 times the recommended safe upper limit.

In its letter, the FDA states that it cannot assess Hill’s corrective actions adequately since they don’t “address the root cause of this incident, which was accepting an ingredient without confirming that it contained vitamin levels that were within specification as required by your procedures.” The FDA says it will verify Hill’s proposed voluntary corrective actions—submitted in March, May, and August last year—during a future inspection.

When asked to comment about the FDA letter, Hill’s provided the following response:

“We care deeply about all pets and are committed to providing pet parents with safe and high-quality products. Hill’s has already addressed the matters raised by the FDA in its warning letter and has put in place stricter processes to safeguard against the cause of the recall from recurring, including testing every vitamin premix lot before it is delivered to us by a certified, third-party laboratory, with the results delivered directly to Hill’s for review by our quality and food safety experts. No vitamin premix is accepted at our plants without a Certificate of Analysis that confirms it has been properly formulated. We are committed to earning the trust of pet parents and to safeguarding the quality of our products.

“We continue to cooperate with the FDA, including all inspections and requests for information.”