Putting a price on Fido

How much is that doggy in the window? 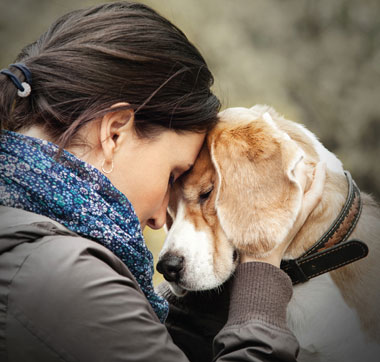 That’s the valuation of the average canine companion, arrived at by authors of “Monetizing Bowser: A Contingent Valuation of the Statistical Value of Dog Life,” published online in the Journal of Benefit-Cost Analysis on Nov. 11, 2019.

The paper is an attempt to quantify the “value of statistical dog life” through the use of a widely accepted method for calculating the worth of a typical human life.

As the authors explain, the value of statistical life is an estimate of the mean dollar value people place on their own lives when making decisions that involve mortality risk. Current estimates of the VSL for the U.S. general population is approximately $10 million per person, they write.

The authors surveyed nearly 5,000 dog-owning households about their willingness to pay for a hypothetical vaccine that would reduce their dog’s risk of death from a particular canine virus from 12% to 2% in a given year. Next, participants were asked how much they would be willing to pay for such a vaccine. They were provided specific price points ranging from $5 to $3,000 and asked whether they would be willing to pay that amount.

Based on nearly 5,000 responses, researchers identified a mean acceptable price somewhere between $500 and $900. That’s the cost, in other words, of a mortality reduction of 10 percentage points for a dog.

Authors converted that figure into a mean valuation for a dog’s entire life, adjusting for such factors as the presence of multiple dogs in a household and known biases present in how people assess risk.

The estimate for the value of statistical dog life that they initially arrived at is $6,760. However, the final price they put on a dog’s life is $10,000, “a very round number that both reflects our overall interpretation of the results of our analysis and conveys that we are providing only a first estimate,” the authors write.

They go on to suggest several ways the VSDL can be used, including as a basis for valuing loss of companionship with pet dogs in tort cases and as a starting point in custody negotiations during divorce settlements.