Why they buy: Making sense of client spending

Understanding what motivates consumer spending is powerful stuff, and businesses benefit when they are mindful of the complex nexus of psychological, neurological, and societal factors behind seemingly simple purchasing decisions.

Previous AVMA economic summits dedicated a lot of time to describing animal owners: who they are, where they live, what they buy, and how much they spend. The latest AVMA Economic Summit, held Oct. 22-23, in Rosemont, Illinois, looked at what the science says about motivations for consumer spending, and speakers highlighted how veterinarians can use information about consumer spending decisions to grow their business. 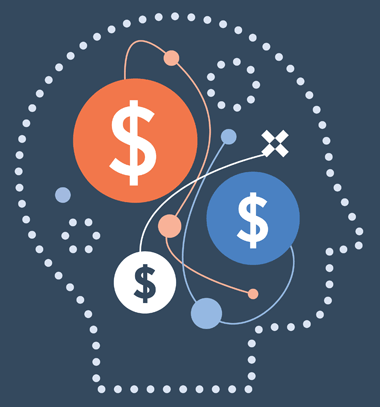 Economic data regarding various sectors of the veterinary profession were also presented during the summit, highlighting the latest on veterinary starting salaries and educational debt (see story) as well as economic trends in food animal and rural veterinary medicine (see story).

The choices we make

In classic economic theory, individuals are rational actors in the marketplace. Behavioral economics, however, takes a more nuanced view of consumers. Studies show spending decisions are easily influenced, seldom prudent, and rarely well reasoned. Drawing on various fields of research, including psychology and neuroscience, behavioral economists see the typical consumer as impatient and shortsighted, overly risk averse and sensitive to loss, susceptible to how purchasing options are presented, and mindful of what others think of what they buy.

In summary, people are irrational, according to Jayson Lusk, PhD, the keynote speaker for the 2019 AVMA Economic Summit. Dr. Lusk is a distinguished professor at Purdue University, where he heads the Department of Agricultural Economics.

As Dr. Lusk explained, the last two digits of a person’s Social Security number shouldn’t influence what the person is willing to pay for a bottle of wine. “What this tells us is often we’re influenced by things we know are random, and yet, these subtle cues send signals to us about what we should be doing.”

Losing a dollar hurts worse than gaining a dollar feels good, meaning people are more motivated to avoid losses than they are to get gains.

Jayson Lusk, PhD, distinguished professor and head of the Department of Agricultural Economics at Purdue University

“When things are framed in a positive way, you’re going to take the safe bet—you’re a little risk averse,” Dr. Lusk explained.

The scenario also highlights consumers’ outsized aversion to loss. “Losing a dollar hurts worse than gaining a dollar feels good, meaning people are more motivated to avoid losses than they are to get gains,” he said.

Additionally, research suggests people tend to distort probability. Dr. Lusk said folks are inclined to care more about unlikely events, such as dying in a plane crash or being attacked by a shark, than they objectively should.

Dr. Lusk encouraged veterinarians to make use of these behavioral insights to “nudge” clients toward certain actions, including how they frame service and treatment options. He also told attendees to see behavioral economics as a complement to traditional economics, not a substitute. “Behavioral economics is interesting, it’s sexy, it’s something you need to think seriously about, but don’t forget about the true, the tried, the tested economic incentives of prices and income,” he said. 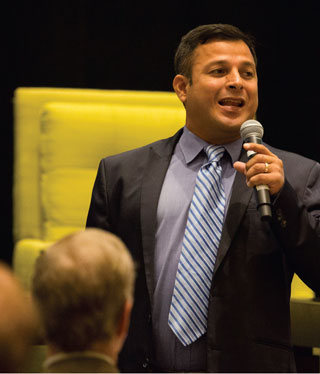 Dr. Palma is a professor in the Department of Agricultural Economics at Texas A&M University and director of the university’s Human Behavior Laboratory, where the emotional and physical processes that drive human decisions are studied.

While people may believe their decisions are logical and fact based, Dr. Palma says the truth is more complicated. “Why is it that we do the things we do as customers and human beings? Because in many ways, perception is reality,” he said. “Our brains actually make us believe some of these perceptions are real.” He noted the 2008 announcement by McDonald’s that its franchises would stop cooking french fries with trans fat. The change wouldn’t happen at every McDonald’s location at once but would be phased in over time. Customers complained the fries no longer tasted good, even at locations where trans fat hadn’t been eliminated.

How many times do you see clients faced with a pet’s unexpected illness or injury, and you can see how their decision making is compromised?
Anything you can do to reduce the immediate cost of making that decision is really going to take you a long way.

“This gives you an idea of how powerful perceptions can become,” Dr. Palma explained, “and it’s important because these perceptions are all around us.”

There’s evidence to suggest that financial decisions impact the brains of the rich and poor differently. Dr. Palma noted a study that found a substantial decrease in the cognitive capacity of low-income people when confronted with a high expense, such as a car repair or medical bill. The study found that these individuals performed poorly if the costs were high but did fine if the cost was low, whereas higher-income individuals performed well in both conditions, as if the projected financial burden imposed no cognitive pressure.

“This is very relevant to anybody, but especially you in the veterinary profession,” Dr. Palma said. “How many times do you see clients faced with a pet’s unexpected illness or injury, and you can see how their decision-making is compromised? Anything you can do to reduce the immediate cost of making that decision is really going to take you a long way.”

Melina Palmer, in her presentation, unpacked a concept expressed earlier by Dr. Lusk—that consumers, while not always logical, are usually predictable. 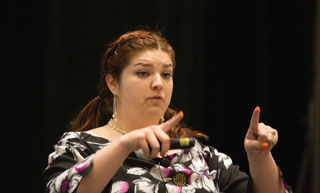 With the concepts of behavioral economics in mind, veterinarians should see themselves as helping clients make the best decisions. “You’re not forcing people to do something they wouldn’t do otherwise. You’re presenting the options in a way that helps them make the choice that they should, could, would make for themselves given the opportunity,” said Palmer, who has a master’s in behavioral economics from The Chicago School of Professional Psychology.

You’re not forcing people to do something they wouldn’t do otherwise. You’re presenting the options in a way that helps them make the choice that they should, could, would make for themselves given the opportunity.

When a veterinarian talks with a client, the presentation of the information matters more to the client than the information itself. To illustrate her point, Palmer said a customer is more inclined to buy ground beef when it’s labeled 90% lean instead of 10% fat even though it’s the same product. “We know it’s the same thing, but our brain sees the word ‘fat,’ and we’re instantly biased,” she explained.

Palmer introduced the psychological concept of anchoring and adjustment that people use to quickly make decisions. The anchor is a starting point, an arbitrary basis on which subsequent decisions are based. Palmer cited a study evaluating the effectiveness of two different sale displays at a grocery store. One read “Snickers Bars: Buy 18 for your freezer,” and the other read “Snickers Bars: Buy them for your freezer.” Surprisingly, researchers found that Snickers sales were 33% higher for the display specifying the number of candy bars to buy than the display using the more general word “them.”

What happened, according to Palmer, is when using “them,” the starting number is zero. “You’re asking people the question ‘Do you want to buy Snickers Bars?’ When you use ‘18,’ you change the question very subtly to ‘How many do you want?’” she explained.

“When presenting information, you want the high anchor to come first. Starting at 15 makes five a lot more reasonable than if you start at five and try to work your way up,” Palmer said. “Choosing that anchor is very important.”

Something to keep in mind when offering, say, a six- or 12-month supply of flea and tick medication.