Misbehaving dogs may have a new excuse for their behavior, according to new research.

In a paper published Oct. 16 in the journal Animals, researchers from the University of Nottingham School of Veterinary Medicine reported finding that the severity of the itch in dogs with atopic dermatitis was directly linked to behavior that is considered problematic. This could include mounting, chewing, hyperactivity, eating feces, begging for and stealing food, excitability, attention seeking, and excessive grooming.

Behavioral data was gathered directly from dog owners as part of the Itchy Dog Project, an online study designed to help researchers examine the possible genetic and environmental causes of canine atopic dermatitis.

Just over 340 dogs with a diagnosis of atopic dermatitis and 552 healthy dogs were recruited. Owners also provided scores for the severity of the itching experienced by their dog.

The results showed that itching severity in dogs with atopic dermatitis was associated with more frequent problem behavior, which could suggest a link between the severity of the itching and psychological stress in dogs suffering from atopic dermatitis.

Dr. Naomi Harvey, a research fellow at Nottingham who led the study, said in a press release: “Our study clearly showed a relationship between the occurrences of problematic behaviour in dogs and chronic itching. This can have a knock-on effect and impact the relationship between owner and dog, which means it’s important for owners to know that their dog’s behavioral problems could be due to the itching, rather than the dog themselves.” 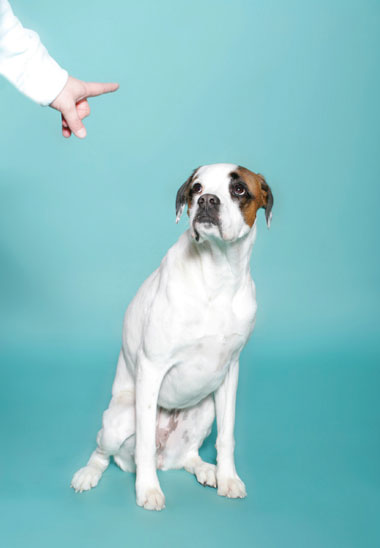 The results showed that dogs with atopic dermatitis displayed more comfort-seeking and grooming-related behavior and were less trainable than dogs without the condition, all directly associated with the severity of the itching.

According to the paper, “Given the large body of evidence demonstrating the impact of stress on skin barrier function, and the increased stress reported by human patients with (atopic dermatitis) it is plausible that psychological stress experienced by dogs with (canine atopic dermatitis) could prolong and exacerbate allergic flares, potentially compounding the disease with idiopathic dermatoses.”

The research supports calls for the treatment of dermatoses in dogs and other animals, including management of environmental stressors, to reduce the overall stress burden.

According to the paper, “Given the potential importance of stress in cAD pathogenesis, and the implications of the behavioural problems demonstrated here for dog welfare and the human-animal bond, further study into the potential stress-inducing nature of pruritus from cAD is warranted.”