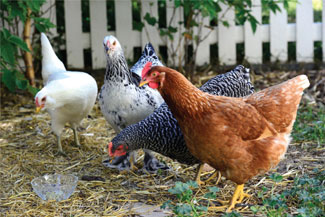 A viral outbreak in poultry has waned after a year of infections and the deaths of more than 1 million birds.

State and federal animal health authorities euthanized or depopulated about 1.2 million birds, largely chickens, in a campaign since May 2018 to control the outbreak of virulent Newcastle disease in Southern California. Inspectors found the virus at about 450 sites near and in Los Angeles, as well as single infections in Northern California, Arizona, and Utah.

At press time in mid-July, no new infections had been found in the previous six weeks.

Dr. Burke Healey, associate deputy administrator at the Department of Agriculture Animal and Plant Health Inspection Service, said his agency had worked with the California Department of Food and Agriculture to euthanize birds in the areas with the most infections and search for any remaining sick birds.

"This targeted surveillance effort allows us to detect any last remnants of the infection left in those areas of high risk and eventually get us, hopefully, to the point where we begin to do surveillance testing," he said.

That testing could lead to a declaration the disease is again eradicated in the U.S.

Virulent Newcastle disease can kill entire flocks. The virus spreads through feces, feathers, respiratory secretions, and fomites such as clothing.

Dr. Healey said about 820,000 of the deaths occurred in four commercial flocks, defined as those with more than 75,000 birds. Almost all other sites are listed as backyard flocks, a term that includes some production facilities.

The virus has a 21-day life cycle. Once APHIS officials determine the virus likely has been eradicated, they plan for at least two rounds of surveillance testing on 21-day cycles.

Asked whether some infections may be unreported, especially by people who are trying to avoid euthanasia of their birds, Dr. Burke said the agencies are conducting surveillance in areas of high risk. Along with outreach into those communities, he said APHIS officials are confident they will be able to find residual pockets of infection.

"If there are a few birds out there that do get sick that are unreported, those animals are most likely going to die," he said. "And our goal is that there would be few enough birds in number that it wouldn't be a risk to the community at large."

The first known infections occurred in May 2018 among chickens in Los Angeles County. APHIS data show infection reports rose over the summer, dipped in the fall, and rose again in the winter, peaking at 87 new sites affected during January 2019 alone.

That month, California state veterinarian Dr. Annette Jones said in a message to residents that she had ordered euthanasia of all poultry in four neighborhoods. She said at the time those difficult actions were needed to stop the disease from spreading and killing even more flocks.

Dr. Burke said APHIS officials were still investigating how infections spread to three sites outside Southern California, but whole genome sequencing indicated all infections were with the same outbreak virus. Testing showed birds living on neighboring properties were negative for the virus.

In a previous interview, Dr. Jones said veterinarians were the first to identify virulent Newcastle disease in this outbreak and one in 2002-03, when it was known as exotic Newcastle disease.