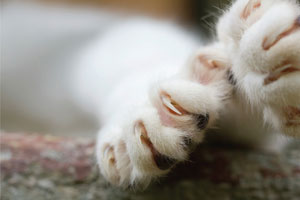 Over the objections of many in the veterinary community, New York Gov. Andrew Cuomo signed legislation on July 22 making the Empire State the first state to ban cat declawing.

"By banning this archaic practice, we will ensure that animals are no longer subjected to these inhumane and unnecessary procedures," Gov. Cuomo said in a statement.

New York state joins a short list of cities that prohibits what critics claim is an unnecessary and inhumane surgery. Veterinary organizations, including the AVMA and New York State Veterinary Medical Society, say the procedure should remain an option when the alternative is abandonment or euthanasia.

Assemblymember Linda Rosenthal may soon realize the culmination of her years working to ban declawing after the state assembly and senate, on June 4, passed legislation she introduced in January.

"Cat declawing is a horrific, yet often-practiced surgery that leads to a lifetime of pain and discomfort for thousands of cats," Rosenthal said in a statement following the votes. "Today though, every cat and kitten in New York State lands on its feet as we prepare to make New York the best state for cats to live in the United States."

The law stipulates that anyone in New York performing an onychectomy, partial or complete phalangectomy, or tendonectomy on a cat, except when medically necessary, faces a fine of up to $1,000. The law specifies that cosmetic or aesthetic reasons and convenience do not qualify as therapeutic purposes.

Alley Cat Allies and The Paw Project were two leading organizations lobbying for the ban. Allies' supporters sent more than a thousand messages to legislators to vote for the bill, which was passed on the annual state Animal Advocacy Day, when pet owners and their animal companions converge on Albany.

Many veterinarians regard declawing as a last-ditch solution to eliminating destructive clawing behaviors that would otherwise result in relinquishment. The New York VMS says some cats are declawed by owners who suffer from diseases such as hemophilia, diabetes, or immune disorders.

"Cats that would lose their home if not declawed face a higher risk of euthanasia than if their owner were able to care for them," the society said in a statement released in late May. "They also exchange a life of comfort and care to potentially spend years in conditions that may be far from ideal for long-term living."