Reports of foodborne illness rise with change in testing 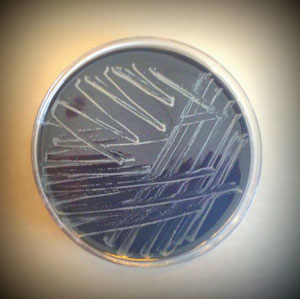 The Centers for Disease Control and Prevention is receiving more reports of foodborne illnesses caused by infection with Campylobacter and Salmonella.

The rise may be partly related to the increasing use of culture-independent diagnostic tests, such as polymerase chain reaction assays and other antigen-based tests.

Authors of a Morbidity and Mortality Weekly Report article published in April examined surveillance data from 10 states on about 26,000 laboratory-confirmed foodborne illnesses in 2018, including 120 deaths. Campylobacter caused about 9,700 of those illnesses, which was up 12% from the mean in 2015-17, and Salmonella caused 9,100 illnesses, a 9% rise.

Health care providers have increased their use of culture-independent diagnostic tests, which are identifying some enteric infections that may otherwise have been unconfirmed, according to the report. The number of infections identified through CIDTs rose 65% in 2018 over the average for the three previous years.

Authors of a September 2015 article in Emerging Infectious Diseases wrote that CIDTs can improve estimates of disease burden because they are more sensitive than culture and easier to use, plus they can help identify polymicrobial infections. But adding more sensitive tests changes case definitions and creates challenges for those looking to spot disease trends. And public health officials need culture isolates to identify pathogen strains and characteristics such as antimicrobial resistance.

John Besser, PhD, deputy chief of the CDC Enteric Diseases Laboratory Branch, said it's difficult to know whether use of CIDTs increases overall testing rates or simply replaces culture-based tests for foodborne illnesses. Scientists with the CDC Foodborne Diseases Active Surveillance Network are gathering data they hope will give answers, he said.

"What we do know is that a significant proportion, varying by pathogen, of our cases are identified by CIDTs, and that's had some impact on what we do," Dr. Besser said.

When private laboratories culture samples from patients with foodborne illnesses and other diseases, they send the isolates to state or federal laboratories for DNA fingerprinting or whole genome sequencing, which helps show disease patterns and suggests when illnesses have a common source. Replacing bacterial culture with CIDTs can give diagnostic results in hours instead of days, but these tests do not produce any isolates of the disease-causing bacteria, which are vital to public health investigators, Dr. Besser said.

"However, the whole process is slowed down, and we're getting less isolates," Dr. Besser said.

That is making outbreak detection less sensitive, he said.

But the CDC also is expanding use of whole genome sequencing to make surveillance systems for foodborne illness more sensitive, as well as working with medical device makers to ensure CIDT equipment is compatible with reflex culture needs, Dr. Besser said.

CDC officials are among those who are trying to find ways to encourage private laboratories to conduct reflex cultures, and agency researchers are trying to develop methods of distinguishing bacterial strains in patient specimens without the use of culture, he said.