Americans still love their pets, with more than half of U.S. households owning a pet at year-end 2016, but 27.0 percent of pet-owning households didn't visit the veterinarian in 2016. 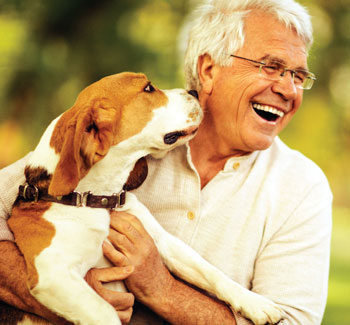 The 2017-18 edition of the AVMA Pet Ownership and Demographics Sourcebook reveals that the rate of pet ownership is stable, going from 56.0 percent of U.S. households at year-end 2011 to 56.8 percent at year-end 2016. Veterinary care in 2016 was variable by pet species and other factors, with 82.8 percent of dog-owning households and 54.3 percent of cat-owning households making at least one visit to the veterinarian. Total spending on veterinary care for all types of pets was $27.8 billion during 2016.

Released Nov. 19, 2018, the 252-page sourcebook provides a slew of details about the ownership and populations of dogs, cats, birds, horses, and specialty or exotic pets; the use of veterinary care and expenditures on veterinary care; and the demographics of pet owners. The AVMA Pet Demographics Survey has been conducted about every five years since the early 1980s.

"The AVMA PDS is a valuable benefit to our members but is also of interest to the general public in understanding current pet ownership in the U.S. and developing trends," said Dr. John de Jong, 2018-19 AVMA president. "This information can be utilized in developing practice models and investment opportunities within the profession."

Dr. de Jong, a companion animal practitioner in the Boston area, said, "The survey reveals that pets continue to have a vital and important role in people's lives, as evidenced by the robust numbers."

To me, it comes down to the question of 'What do pet owners value?' This is important because the answer is not always the same. Some pet owners value economical pet care, others value convenience, while others value quality of care and the relationships a veterinary team provides. As veterinarians, we must decide which of these values we want to bring to the table.

At year-end 2016, 25.4 percent of households owned cats, and the population of pet cats was 58.4 million. The previous survey overestimated cat ownership because the sample overrepresented women and urban households, both of which are more likely to own cats. The sourcebook described the actual rate of cat ownership as somewhat static.

Cat ownership is less defined than dog ownership, added Dr. Apryl Steele, 2019 president of the American Association of Feline Practitioners and CEO of the Dumb Friends League in Denver. "People who feed community cats and even provide a safe shelter for them often do not consider themselves the owner of the cat. However, if the cat is injured, they may be the person who would bring the cat to the veterinarian," she said.

The population of pet poultry increased from 12.6 million to 15.4 million from 2011 to 2016, with 1.4 million households owning pet poultry at the end of 2016. The sourcebook suggests that the increase is perhaps indicative of a rising interest in backyard chickens. 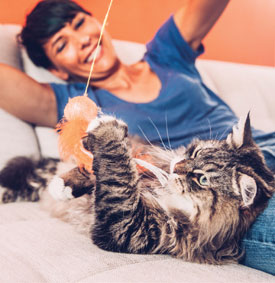 Dr. Darren Taul, 2018-19 president of the American Animal Hospital Association and a mixed animal practitioner in rural Kentucky, said he has noticed the drop in horse-owning households in his own practice. The increase in specialty and exotic pets and pet poultry leaves him wondering whether younger generations have embraced these categories—or if the popularity of these pets is the result of urban changes.

According to the sourcebook, "Visits to the veterinarian per pet per year have remained fairly stable for a decade or longer: 1.5 times per dog, 0.7 times per cat, 0.1 times per bird and 0.7 times per horse." The figure was 0.02 visits per specialty or exotic pet in 2016.

For 2016, 78.8 percent of dog owners said they brought their animals in for routine or preventive care at least once a year, compared with 47.2 percent of cat owners.

Dr. Steele said one factor in the disparities between cats and dogs might be that many boarding facilities require Bordetella vaccination for dogs every six months. Dr. Taul pointed to the stress of veterinary visits for cats and cat owners as well as the fact that cats are great at hiding problems. Each pet-owning household may visit one or more types of providers for routine care—or none—throughout the year. Among dog-owning households, 67.0 percent listed a veterinary clinic, hospital, or veterinarian who does house calls; 10.0 percent, a pet superstore or pet shop; 4.8 percent, a publicly sponsored clinic; 4.2 percent, a shelter or humane society; and 2.5 percent, a mobile facility. 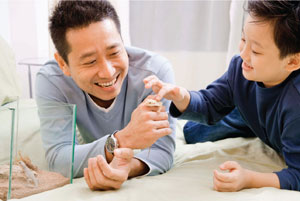 Dog-owning clients of veterinarians in traditional settings reported spending $138 per visit for routine care. The amount paid in other settings was lower, "apparently because providers did not perform all of the services included in canine preventive care guidelines," according to the sourcebook.

Dr. Steele said, "It is important to understand that many humane organizations are motivated by getting as many animals protected as possible and, thus, may not charge the same amount for the same services that the private veterinary hospital does."

"To me, it comes down to the question of 'What do pet owners value?'" Dr. Taul said. "This is important because the answer is not always the same. Some pet owners value economical pet care, others value convenience, while others value quality of care and the relationships a veterinary team provides. As veterinarians, we must decide which of these values we want to bring to the table."

What else is new

The 2017 Pet Demographics Survey also examined a variety of other topics, including sterilization of pet dogs and cats, sources of pets, and reasons for visiting—or not visiting—a veterinarian.

For both dogs and cats, the top reasons for bringing the pet to a veterinary clinic or hospital were for preventive care, followed by vaccinations and then sickness. The top reasons for not visiting a veterinarian, in order, were that the dog or cat did not get sick or injured, the owner did not have the money, the pet did not need vaccines, or the owner gives vaccines and health care to the pet. For just 5 percent of dog owners and 4 percent of cat owners, the price of veterinary care was more than they thought it was worth.

In coming years, Dr. Taul said, "It will also be interesting to see the impact of telemedicine regarding veterinary visits," in person and virtually. 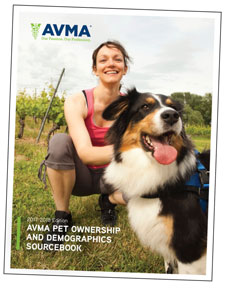 The executive summary of the 2017-18 edition of the AVMA Pet Ownership and Demographics Sourcebook is available for free to AVMA members in the AVMA Store under "Economic & Market Research Reports."