Whether the decision involves euthanasia of a geriatric dog or depopulation of an infected poultry flock, science, ethics, and expectations weigh on the scales, she said.

Dr. Croney, director of the Center for Animal Welfare Science at Purdue University, was a lecturer at the two-day AVMA Humane Endings Symposium in November 2018 on euthanasia, slaughter, and depopulation.

People who care for animals in laboratories, at zoos, on beaches, and on ranges described their efforts to minimize suffering through decisions on whether and how to end animal lives. Academics described the effects of those decisions on veterinarians and their co-workers. 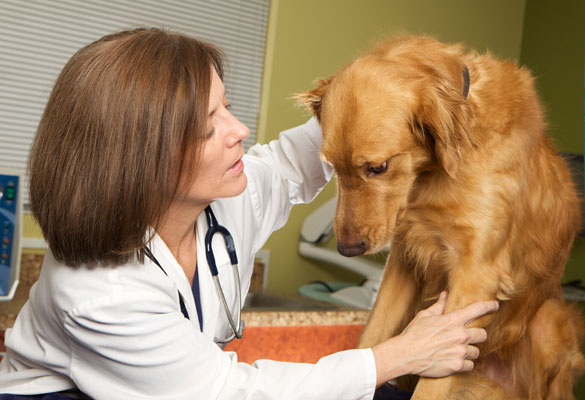 Pending guidelines on depopulation and updated guidelines on euthanasia acknowledge that decisions on animal death are difficult even for experts.

Euthanasia is supposed to provide an animal a good death. Depopulation should provide the best deaths that circumstances allow during emergencies.

Dr. Steven Leary, chair of the AVMA Panel on Depopulation, said depopulation is used only when doing nothing is worse. In a lecture, he described AVMA plans to publish guidelines on depopulation in 2019.

"The guidelines urge veterinarians to consider taking uncomfortable actions rather than leaving animals to their fate if their suffering can be reduced," Dr. Leary said.

The best techniques are modeled on humane methods of euthanasia or slaughter.

"Not all depopulation methods will meet the criteria for euthanasia, and there may be risks of more serious suffering of the animals and the human population," he said. "And these risks may be severe."

In an interview, Dr. Leary said giving the most humane deaths during an emergency requires planning. Those who prepare may be able to use methods close to euthanasia techniques.

He expects the guidelines will assist the Department of Agriculture, which helped fund the panel's work, and employees of other agencies in the U.S. and other countries.

Dr. Samuel Cartner, who represented laboratory animal veterinarians on the AVMA Panel on Euthanasia, said AVMA leaders plan to review member comments on proposed edits to the AVMA Guidelines for the Euthanasia of Animals starting in early 2019 and publish any revisions by late 2019. The guidelines are tied to state laws and the accreditation standards used by laboratory animal veterinarians and were last revised in 2013.

The updated guidelines would include a recommendation to speed up flow rates when carbon dioxide is used for euthanasia of laboratory rodents (see story), a clarification that pre-filled euthanasia gas chambers are suitable for poultry, and guidance on adjunctive euthanasia methods in areas where landfills reject carcasses containing pentobarbital. Other changes would indicate carbon dioxide can be acceptable for euthanasia of neonatal goats, show proper positions for captive bolt use in varied species, add exanguination as an approved secondary step in euthanasia of fish, and indicate freezing or cooling of avian eggs must occur before 80 percent of the incubation period has passed.

The AVMA also is including a clarification that drowning goat kids—or any other animal—is unacceptable. The AVMA likewise plans to indicate in the depopulation guidelines that it is unacceptable to burn live animals or bury them in pits, both of which have been done in other countries.

Choosing when to act

Zoo veterinarians are deciding how to balance concerns for individual animals with the desire to preserve entire species.

"We've gotten really good at keeping animals alive for long periods of time, and that is largely in part to the zoo environment," she said. 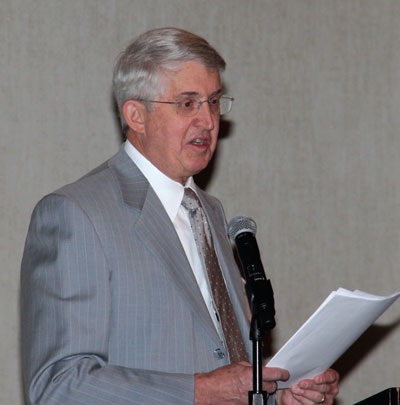 She also arbitrates end-of-life decisions when welfare assessments show declines in animals' conditions that are unlikely to improve. Dr. Goodnight described in her presentation decisions on an aging cheetah, an owl with a bitten-off top beak, a 15-year-old Mexican wolf that had been a valuable breeder but developed severe lameness, and a 31-year-old raven that has degenerative joint disease and blindness but remains an ambassador who talks to guests and helps zoo staff tell stories about desert animals.

Dr. Mads F. Bertelsen, a veterinarian at the Copenhagen Zoo in Copenhagen, Denmark, said in his presentation he would have euthanized that raven long ago. He sees modern zoos as conservation entities that save species.

Not all depopulation methods will meet the criteria for euthanasia, and there may be risks of more serious suffering of the animals and the human population. And these risks may be severe."

The Copenhagen Zoo gained fame in 2014 for culling a healthy giraffe, Marius, and feeding it to the zoo's lions. Dr. Bertelsen said zoos should cull animals that are not contributing to the genetic diversity of the species, and worries that many zoos are cluttered with noncontributing animals.

Animals need to display all behaviors, including breeding, Bertelsen said. His zoo delivers lessons on reproduction, population, and carnivores.

Dr. Craig Harms, director of the Marine Health Program at North Carolina State University, said most whales that strand themselves are in poor condition and likely terminal.

Whales moved back into the water have died soon afterward, he said. Euthanasia is difficult in small whales and more so in larger ones. A natural death may be the kindest option, but the whale could live hours or a week.

He described successes and difficulties with gunshot and explosive charges, and he said barbiturate overdoses create too many environmental risks for consideration.

Veterinarians can offer supportive care by, say, protecting against scavengers, using a bucket brigade to cool the whale, and giving sedatives, he said, noting that the last example can tax a veterinarian's supplies ahead of euthanasia. He also detailed methods to minimize pain before intracardiac injection of a euthanasia agent.

"It is really important that we use it in a way that provides the best welfare possible," she said. "Small refinements have the potential to have large impacts on rodent welfare, and we need to continue this area of research and this conversation."

Dr. Gary Egrie, a farm animal welfare coordinator and veterinary medical officer for the USDA, expected the symposium would help him learn about public opinion on animal deaths and how to explain agency decisions.

He said nobody likes ventilation shutdown, a depopulation method that involves sealing barn doors and vents—often while turning on heaters—to induce hyperthermia and asphyxia. USDA officials told farms they could use the method, under certain circumstances, to depopulate poultry flocks infected during the H5N2 outbreak.

"Here we are, trying to protect animals and we're trying to support the industry," he said. "Yet we allow, in a sense, or we support the destruction of animals in a way that most of the public, if they were aware of it, they would think it was horrid."

But the virus was a danger to animal and human health, and the USDA and farms lacked better options, Dr. Egrie said. He hopes he can help people understand such decisions, even if they still disagree.

Elizabeth B. Strand, PhD, founding director of veterinary social work at the University of Tennessee College of Social Work, said veterinarians who lack social support tend to have more difficulty dealing with euthanasia. How much euthanasia affects a veterinarian depends on context, such as whether the euthanasia was a surprise, the animal was healthy, the veterinarian thought euthanasia was appropriate, and the client supported the decision.

Veterinarians who administer euthanasia can lose sleep or become anxious. And they seldom talk about the experience of euthanasia.

"Ask yourself or facilitate discussions on these questions: 'What were the situations that, with this week, made it hard for me to sleep or put aside thoughts of work?'" she said. "'What did I do well in that situation?'"

Consider also what actions you would change and what gives you gratitude, she said. And be able to laugh.

"You can—in good conscience, with each other—laugh, and that is protective," she said. "So, what might there be in this situation that I can find a little humor—and maybe not in this situation but in my life in this moment or in this day?"

During a panel discussion, veterinarians talked about the idea that death is a failure of medicine.

Dr. Warren Hess, an assistant director in the AVMA Division of Animal and Public Health and an audience member during the panel discussion, asked the panelists whether veterinarians should reconsider the concept of death and think of it as a part of life. Dr. Strand said that, rather than thinking of life as good and death as bad, she wished veterinary students would spend time discussing the role of death in their lives, an effort that may make them more resilient.

Dr. Kathleen Cooney, who lectured on the rising use of intraorgan injection for companion animal euthanasia, proposed that animals have a right to a good death, having fulfilled their roles and lived lives that were the most enriching, stress-free, and anxiety-free possible. She hopes that animals' deaths occur at the right time and for the right reasons.

See the AVMA Guidelines for the Euthanasia of Animals and other information on humane endings.