The latest figures on salaries and debt for the Class of 2018 show increases in both categories.

The information was presented by Charlotte Hansen, statistical analyst in the AVMA Veterinary Economics Division, during a talk on the "Supply of Educational Services" at the 2018 AVMA Economic Summit, held Oct. 22-23 in Rosemont, Illinois.

Salaries among graduates also continue to increase. In 2014 dollars, real mean starting salary for 2018 U.S. graduates finding full-time employment prior to graduation (weighted to account for changes in gender, practice type, and region) was $76,633, up from $73,626 in 2017 and $72,187 in 2016. Household incomes have risen, so there's more spending on veterinary services, which has resulted in the increase in starting salaries, Hansen said.

The overall debt-to-income ratio among 2018 graduates was 2.26:1, up from 1.85:1 last year. Hansen added that the inclusion in the data set of the two new veterinary colleges at Midwestern University and Lincoln Memorial University (see story and story) contributed the most to the sharp increase.

Notably, the DIR for graduates of the Caribbean veterinary colleges at Ross University and St. George's University, which have high populations of students from the U.S., differed from the DIR for their colleagues who attended U.S. institutions. However, there was only a 35 to 40 percent response rate from the Caribbean institutions, compared with a 90 percent response rate for the U.S. colleges.

Much of the information came from the AVMA Senior Survey, conducted each spring among the graduating students of U.S. veterinary colleges accredited by the AVMA Council on Education. The document takes an in-depth look at new-veterinarian incomes, educational debt load, and debt-to-income ratio, among other things.

Get the 2018 Veterinary Economic Reports.

The VIN Foundation's student debt expert, Dr. Tony Bartels, spoke at the summit about what students and veterinarians can do to better manage their loan debt. He says a majority of borrowers now have a debt-to-income ratio much greater than 1:1, which does not lend itself to traditional repayment methods that involve borrowers trying to pay back the money as fast as they can. Instead, he recommends veterinarians consider income-driven repayment programs, which set a monthly student loan payment at an amount that is intended to be affordable on the basis of income and family size.

For example, with the Pay As You Earn program, borrowers pay 10 percent of their discretionary income each month. After making 240 monthly payments on qualifying direct loans, any remaining balance is forgiven. Because the forgiven amount is treated as taxable income, Dr. Bartels said, "You just have to plan for the tax at the end, and you can even do that as you're paying off the loan. Put money into an account where you can earn a return on your forgiveness savings."

The VIN Foundation Student Debt Center has a Student Loan Repayment Simulator that helps students and recent graduates figure out the best way to pay off their loans.

"If you pick the right repayment plan sooner than later, this can save you tens of thousands of dollars in the course of repaying," Dr. Bartels said.

He also made the following recommendations for veterinary students to consider:

Matthew Salois, PhD, director of the AVMA Veterinary Economics Division, emphasized that educational debt is not an issue for the veterinary profession alone, but a bigger and more complicated societal issue. For context, he said veterinary educational debt accounts for $400 to $500 million compared with the overall $1.5 trillion in educational loan debt in 2018, according to the Federal Reserve. Educational debt is now the second-highest category of consumer debt—behind only mortgage debt—and higher than debt from both credit cards and car loans.

"We often talk about debt in the confines of the veterinary profession, but there is not something inherently wrong with veterinary education; it extends nationally across all disciplines," he said. "There are things we can do as a veterinary profession to address this, but because it's part of a complicated issue, we have to look beyond the profession in order for it to be addressed." 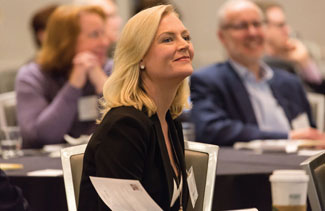 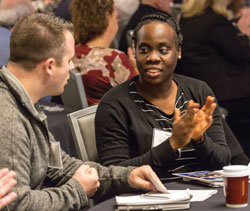 Attendees at the 2018 AVMA Economic Summit, held Oct. 22-23 in Rosemont, Illinois,
listened to more than 20 presentations.