Researchers from the California Environmental Protection Agency and Albany Animal Hospital in Albany, California, published the results in October in the journal Environmental Toxicology and Chemistry (Environ Toxicol Chem 2018;37:2523–2529).

According to the U.S. Environmental Protection Agency: "Certain PFAS chemicals are no longer manufactured in the United States as a result of phase outs including the PFOA Stewardship Program in which eight major chemical manufacturers agreed to eliminate the use of PFOA and PFOA-related chemicals in their products and as emissions from their facilities."

Long-chain perfluorinated carboxylic acids, particularly perfluorononanoic acid and perfluoroundecanoic acid, were significantly higher in the cats' serum than in humans. It was the serum from hyperthyroid cats in the second time period that showed a higher mean total PFAS concentration relative to serum from nonhyperthyroid cats. According to the abstract, "This result may indicate a possible link between PFAS levels and cat hyperthyroid, warranting a larger study for further investigation." 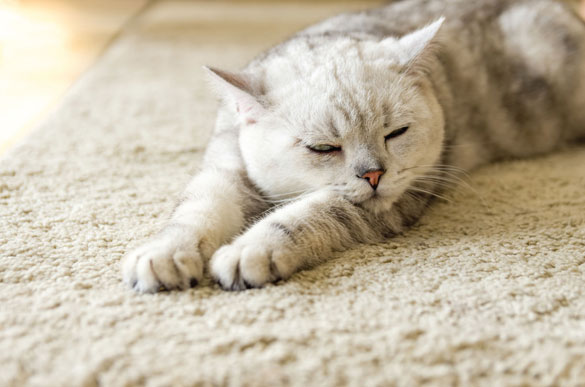