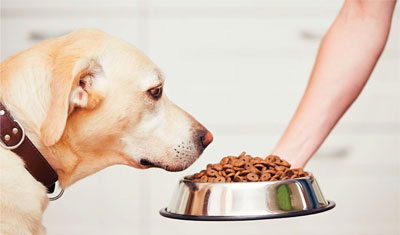 Two companies will pay $7 million after admitting that they omitted poultry meal from pet foods or replaced it with feather and bone meals.

Wilbur-Ellis Co., which makes ingredients used in the pet food industry, will pay about $4.5 million in restitution and $1 million in criminal forfeitures, according to an Oct. 11 announcement from the Department of Justice. Company officials pleaded guilty in April to introducing adulterated food into interstate commerce, according to documents filed in the U.S. District Court in St. Louis.

Diversified Ingredients Inc., a commodities broker in pet food industries, will pay $1.5 million in restitution and $75,000 in criminal forfeiture. That company's leaders pleaded guilty in July to introducing adulterated and misbranded foods.

The DOJ announcement states that Wilbur-Ellis officials in Rosser, Texas, replaced chicken and turkey meal with cheaper substitutes, such as feather meal and feed-grade chicken bone byproduct meal. They also omitted ingredients, including the turkey meal in a product identified as turkey meal.

Both companies were accused of shipping fraudulent ingredients from January-April 2014.

One employee of each company also has pleaded guilty to misbranding and adulteration charges: Henry R. Rychlik, who was a quality manager responsible for product formulations at the Texas facility, and Collin McAtee, who bought, sold, and shipped foods for Diversified Ingredients. At press time, both were scheduled for sentencing Dec. 14.

Wilbur-Ellis leaders provided a statement that blames the fraud on a former owner of a company Wilbur-Ellis bought in 2011. The former owners of American By-Products Inc. had continued working as managers at the manufacturing facility in Texas.

Among the former owners listed on a 2011 press release when Wilbur-Ellis bought American By-Products, none have been charged with any crimes.

Doyle said his clients had relied on their customers to perform quality assurance–related testing, and Diversified Ingredients since has added more quality assurance activities including audits of suppliers.

Correction: Nestle Purina PetCare Co. and Blue Buffalo settled a lawsuit and countersuit in 2016. A previous version of this article said the lawsuits were ongoing.