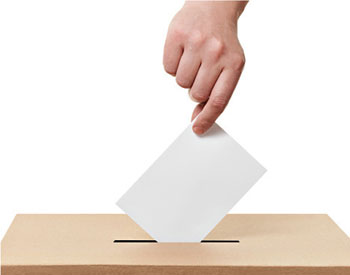 A little more than a year after talk of organizing began in earnest, veterinary staff at two clinics have voted to join unions.

Workers at a third may have enough votes to form a union. At press time, their employer was contesting four ballots that could determine the results.

In April, about 100 workers at VCA San Francisco Veterinary Specialists joined the International Longshore and Warehouse Union, according to the union and the National Labor Relations Board. Another 60 at a Seattle clinic, BluePearl Specialty and Emergency Pet Hospital, voted in May to join the National Veterinary Professionals Union.

About 110 employees of the VCA Northwest Veterinary Specialists clinic in Clackamas, Oregon, also may join the ILWU, pending a hearing over results of their vote July 5, NLRB information states.

At all three clinics, the prospective union members are veterinary technicians, veterinary assistants, and other nonmanagement staff. VCA and BluePearl hospitals are owned by Mars.

Liz Hughston, a registered veterinary technician and president of the National Veterinary Professionals Union, said in a message that staff members at the BluePearl hospital in Seattle are the union's first members, although the NVPU has organizing campaigns in other practices.

"For strategic purposes, we don't disclose where those campaigns are in progress," she said.

Two employees of the San Francisco clinic—Brianna-Lynn De Libertis, a medical liaison, and Laura Territo, RVT—sent a joint statement through the ILWU saying that they organized because they were frustrated with poor staffing, training, turnover, pay, benefits, and employee support.

"Besides being hard on employees and their families, these problems can compromise the quality care that animals and owners expect and deserve," they said. "We decided to partner with the ILWU because they're a democratic, bottom-up union with a history of helping workers from many different backgrounds and industries."

Gillian Enevoldsen, global vice president of people and organization for Mars Petcare, provided a statement saying that Mars leadership cares about all of the company's veterinary health associates, knows they are necessary for high-quality and compassionate pet care, and was sad to learn some thought they needed to form a labor union.

"While the decision to join or not join a union is entirely up to the individual associate, we believe it is best to maintain the direct relationship with our associates to address concerns they have," she said. "We are working to better understand the concerns of our associates and remain committed to the industry, our associates and to quality care for our patients."

In an announcement, ILWU officials predict veterinarians working in hospital groups also will join unions. Some have sought help from the Union of American Physicians & Dentists, which is affiliated with the American Federation of State, County and Municipal Employees, the announcement states.

UAPD members include some veterinarians, according to information from the union. Stuart Bussey, MD, president of the union, said he has seen a rise in medical professionals—especially on the West Coast—joining unions.