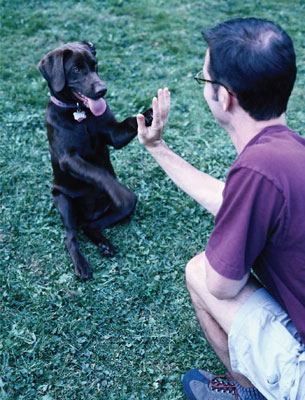 When the AVMA granted specialty status to the American College of Veterinary Behaviorists 25 years ago, it was a signal to the profession and public that behavioral pathologies among animals are within the scope of veterinary medicine.

Since 1993, the number of ACVB diplomates has grown from eight charter members to 79 active diplomates. There are residencies in seven universities and nearly 30 individual mentoring programs.

Board-certified veterinary behaviorists work with animal owners, shelters, rescue organizations, zoos, and other groups to remedy individual and population-level behavioral issues, from aggression and excessive vocalization to obsessive compulsive disorder and offspring rejection. Behaviorists also address any underlying medical conditions that are either causing or contributing to a problem.

AVMA recognition of the ACVB was a long time in the making. During the 1960s, there emerged a group of veterinary students who wanted to combine basic precepts of animal behavior with clinical veterinary medicine. Interest was such that the American Society of Veterinary Ethology was formed in 1976 at the suggestion of Dr. Bonnie Beaver, at the time an associate professor at the Texas A&M University College of Veterinary Medicine & Biomedical Sciences.

Throughout the 1970s and 1980s, little evidence-based information was available to resolve or even understand behavioral problems, most notably feline urine marking and canine aggression. Still, veterinarians knowledgeable about behavioral issues were a hot commodity and sought after to speak at veterinary meetings.

We've come a long way in 25 years, but you look at the fact that, for more than two decades, behavioral issues are the No. 1 reason why animals are relinquished to shelters, and you realize how badly our message needs to get out there.

Advocates realized that the discipline would not advance without formal recognition from the AVMA American Board of Veterinary Specialties. Dr. Beaver took the lead in making it happen, bringing together the organizing committee that consisted of herself and Drs. R.K. Anderson, Sharon Crowell-Davis, Benjamin Hart, Katherine Houpt, Elizabeth Shull, Victoria Voith, and Thomas Wolfle.

In 1989, Drs. Beaver and Hart made the first official proposal to the ABVS about the need for a veterinary behaviorist specialty. Early on, there was talk of making it a subspecialty within the American College of Veterinary Internal Medicine, but the ABVS eventually was convinced of a stand-alone specialty, leading to the AVMA granting provisional recognition of the ACVB in 1993.

Dr. Beaver, a professor at Texas A&M since 1982, is happy about the ACVB anniversary and says the specialty is beginning to resemble what she and the organizing committee envisioned all those years ago. "We've still got a lot of work to do to get the information in the veterinary colleges and to educate our colleagues about it," she said.

For ACVB President Valarie Tynes, the number of diplomates, residencies, and mentorships are encouraging given the specialty's rather humble start with just eight members. She is especially proud of the book the ACVB published for pet owners in 2014 titled "Decoding Your Dog: The Ultimate Experts Explain Common Dog Behaviors and Reveal How to Prevent or Change Unwanted Ones."

Yet Dr. Tynes laments the underutilization of veterinary behaviorists, whose interventions, she says, can literally save lives.

"We've come a long way in 25 years, but you look at the fact that, for more than two decades, behavioral issues are the No. 1 reason why animals are relinquished to shelters, and you realize how badly our message needs to get out there," observed Dr. Tynes, a veterinary service specialist with Ceva Animal Health.

The lack of board-certified behaviorists is a "huge problem," according to Dr. Tynes. She said the number of veterinarians interested in board certification in behavior greatly exceeds the number of available residencies and mentors.

"I would suggest the average veterinarian has no idea what we do," she said. "They understand why they would refer to a surgeon or ophthalmologist, but a lot aren't fully aware of what we do."

Dr. Beaver agrees that many veterinarians don't understand the importance of addressing a patient's behavioral issues proactively and with the aid of a specialist. "The temptation is to just give the animal a shot or give it a pill, and it just doesn't work that way," she said.