People who breed and sell only a few, nondangerous animals or who seldom exhibit such animals are exempt from federal licensing requirements.

Since June 4, rules enacted by the Department of Agriculture's Animal and Plant Health Inspection Service have expanded whom the agency considers to be conducting minimal activity under the Animal Welfare Act. The agency made the changes to implement legislation enacted in 2013 and 2014.

Before the change, people could keep four or fewer breeding female dogs, cats, or nondangerous small wild animals or a combination of such animals without licensing, if they met certain conditions. They could sell only offspring from those females, and those offspring had to be raised on their own property as pets or exhibition animals.

The recent regulations expand the exemption to apply to owners of a variety of rodents, such as guinea pigs and chinchillas, and farm animals, such as cattle and goats. 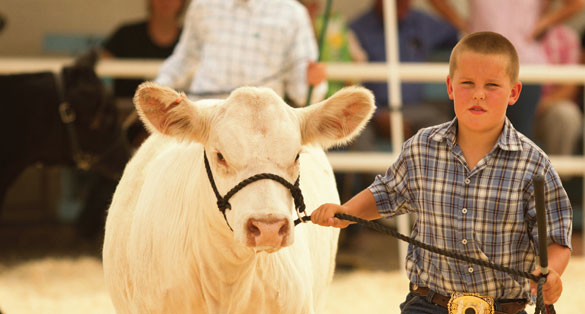 The agency also created a new licensing exemption for people who exhibit up to a total of eight nondangerous pets, rodents, farm animals, and wild animals for up to 30 days each year and receive little pay for those exhibitions. For people without licenses, exhibitions should not be a primary source of income, the agency said in a June 4 Federal Register notice.

Becoming licensed under the AWA requires an initial inspection, compliance with rules on animal treatment and housing, and availability for unannounced inspections. The AWA and related APHIS regulations set standards for humane treatment of most species of warmblooded animals if they are to be used in research, education, or exhibition or kept as pets. Exceptions include birds and some rat and mouse breeds used in research, horses not used in research, and farm animals.