Unusual pet diets may be linked to heart disease

Some specialty diets may be causing heart disease in dogs, and researchers are trying to identify the connection.

Dr. Lisa M. Freeman, a nutritionist and professor at the Cummings School of Veterinary Medicine at Tufts University, wrote June 4 on the university's Petfoodology blog about a 4-year-old Beagle-Labrador mixed-breed dog saved from life-threatening dilated cardiomyopathy with treatment and a change of diet. Before treatment, the dog had been eating grain-free pet food containing kangaroo meat and chickpeas.

"It appears that diet may be increasing dogs' risk for heart disease because owners have fallen victim to the many myths and misperceptions about pet food," she wrote. "If diet proves to be the cause, this truly is heart-breaking to me."

Anne Norris, a spokeswoman for the Food and Drug Administration's Office of Foods and Veterinary Medicine, said the agency is studying a possible connection and will share more information when possible. Dr. Freeman had noted that the FDA and cardiologists are investigating a possible link between diet and dilated cardiomyopathy. 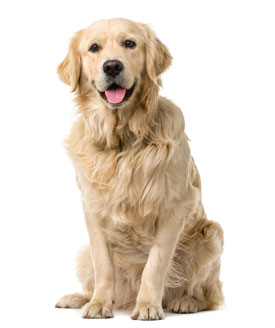 A dog or cat with dilated cardiomyopathy has an enlarged, weak heart, which can cause abnormal rhythms, congestive heart failure, and death.

Cats and at least some dogs can develop dilated cardiomyopathy if their diets contain too little taurine, an amino acid found in meat and milk. It is a neurotransmitter and cell membrane stabilizer, among other functions, according to the National Institutes of Health.

Despite the known link between dilated cardiomyopathy and taurine deficiency, most dogs that develop the disease have taurine concentrations within reference limits. The cause of cardiomyopathy in those dogs is typically unknown, but Dr. Freeman wrote that she has seen a consistent connection with boutique diets.

The Cummings Veterinary Medical Center also is warning people that they should tell a veterinary cardiologist if their pets have heart disease and eat foods that are homemade, raw, or vegetarian or that are made by small companies.

Information from the Morris Animal Foundation, which is funding research on dilated cardiomyopathy at the University of California-Davis, indicates the number of dogs with the disease may have increased recently among Golden Retrievers. Dr. Josh Stern, a cardiologist, is studying potential genetic links between Golden Retrievers and the disease.

"I suspect that Golden Retrievers might have something in their genetic make-up that makes them less efficient at making taurine," Dr. Stern said in an article from the foundation. "Couple that with certain diets, and you've given them a double hit. If you feed them a diet that has fewer building blocks for taurine or a food component that inhibits this synthesis, they pop up with DCM."

Dr. Freeman recommends that owners submit a report to the FDA when their dogs are determined to have dilated cardiomyopathy. The Department of Health and Human Services accepts reports to the FDA.