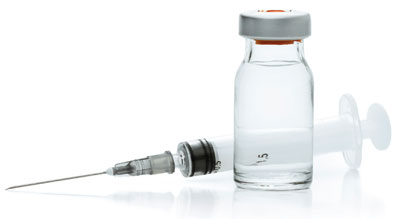 Starting late last year, veterinarians from small-town clinics to university teaching hospitals saw their stocks of injectable opioids dwindle away, with no guarantee from distributors when there might be more.

Orders for fentanyl, hydromorphone, and morphine, once placed roughly every couple weeks, are made daily now, assuming the drug is even available. Should a distributor happen to have a particular opioid in stock on a given day, customers can purchase only a dozen or so vials, which are rationed and used sparingly.

Drug shortages and discontinuations aren't new to veterinary medicine. For years, until a generic equivalent was approved in 2017, veterinarians endured a lack of Immiticide, the only medication then approved by the Food and Drug Administration to treat heartworm disease in dogs. Large-volume polyionic fluids for large animals became scarce. In both cases, the FDA temporarily allowed the import of drugs from foreign manufacturers.

This shortage is different.

"We're absolutely hearing frustrations from our members," said Dr. Heather Loenser, senior veterinary officer for the American Animal Hospital Association. "Not having opioids for their patients is causing them to be more creative in their pain management protocols. They worry that they can't provide adequate analgesia, especially in complex cases."

The shortages are partly a result of manufacturing problems at a production plant in Kansas that Pfizer acquired when it purchased drugmaker Hospira in 2015. As Pfizer explained in a customer letter dated Nov. 27, 2017: "Due to longer than expected timelines for upgrade work required at our McPherson manufacturing facility, the currently anticipated full recovery dates for prioritized prefilled syringes (PFS) have moved to 1Q19 and deprioritized syringes have moved to 2Q19."

Opioids allow us to substantially decrease the dose of those (inhalant) drugs in a cardiovascularly safe manner. There's no other drug class that can do that.

The Drug Enforcement Administration is said to be responding to the human opioid abuse epidemic, mostly of oral medications, by imposing quota reductions on the quantity of opioid drugs a manufacturer may produce. The DEA issued a statement this April, however, in which the agency said that was not the case. "In recent months, the largest U.S. manufacturer of these injectable products has slowed production at one of their manufacturing facilities in order to perform necessary and required upgrades. As a result, this company voluntarily surrendered a portion of their quota allotment and DEA reallocated these amounts to three DEA registered manufacturers of FDA approved injectable products in accordance with DEA regulations.

"It is important to note that an increase in DEA procurement quotas to various manufacturers cannot alone prevent future shortages as DEA does not control the quantity or the speed by which manufacturers produce these or any of their products."

Veterinarians have come to rely on this class of drugs. Opioids are a "mainstay" in all feline surgeries, explained Dr. Lauren Demos, the American Association of Feline Practitioners' immediate past president. "Routine feline surgeries, including spays and neuters, rely heavily on appropriate analgesics. More so, nonelective surgeries, including exploratory laparotomies, amputations, and even laceration repairs, require careful attention and use of pre-, intra-, and postoperative analgesics," said Dr. Demos, who works at Exclusively Cats Veterinary Hospital in Waterford, Michigan.

In addition to their efficacy in pain management, opioids reduce the risk of using inhalant anesthetics in compromised patients. Dr. Khursheed Mama, a professor of veterinary anesthesiology at the Colorado State University College of Veterinary Medicine & Biomedical Sciences, said inhalant drugs such as isoflurane and sevoflurane are risky in these compromised dogs and cats because they can cause additional cardiovascular and respiratory depression.

"Opioids allow us to substantially decrease the dose of those (inhalant) drugs in a cardiovascularly safe manner. There's no other drug class that can do that," explained Dr. Mama, a diplomate of the American College of Veterinary Anesthesia and Analgesia. "If I had to perform anesthesia for open-heart surgery without an opioid infusion, it would be challenging. I think I would be in trouble, and the animal would be in trouble. At present, I'm not sure how to manage that situation safely without opioids."

When no suitable opioid analgesic is available, as now is often the case, ketamine and lidocaine will do as a workaround in sicker dogs, and α2-adrenoceptor agonists may be used in healthy animals, but "they limit our options in managing both immediate postoperative pain and anesthesia," Dr. Mama said.

Human medicine is not immune to the shortage. In April, the American Society of Anesthesiologists reported more than 98 percent of respondents to an ASA survey said they regularly experience drug shortages at U.S. hospitals, most notably of hydromorphone, fentanyl, and morphine. Just over 98 percent said the shortages impact how they treat their patients.

Dr. Ashley Wiese, the regional medical director for MedVet Medical and Cancer Centers for Pets, headquartered in Columbus, Ohio, said the shortage has been "incredibly painful" for MedVet's network of 22 emergency and specialty hospitals, especially since fentanyl went on back order in 2017. "It's changing how we manage our patients from a pain perspective, and not always for the better," said Dr. Wiese, an ACVAA diplomate.

From a patient safety perspective, Dr. Wiese said the lack of opioids is felt most acutely at specialty practices, emergency specialty practices, and university teaching hospitals, all of which typically see the most critical cases requiring complex interventions such as heart, spinal, abdominal, or thoracic surgery. "The shortage is certainly impactful to the general practices but isn't as crippling to them as it is to us, as there are certain surgeries we can't manage safely under gas anesthesia without the benefit of these opioids," she said.

It's changing how we manage our patients from a pain perspective, and not always for the better.

General practitioners and MedVet practitioners call Dr. Wiese every week asking for workarounds when a particular opioid is out of stock. She said that before the shortage, opioids would have been administered prior to anesthesia in routine yet painful surgeries such as repairing a torn cranial cruciate ligament. Now, if the patient requiring such surgery is healthy, an α2-adrenoceptor agonist such as dexmedetomidine might be used instead to provide preanesthetic sedation and analgesia prior to nerve blockade, despite the drug's cardiovascular effects. "We generally wouldn't prefer to use an alpha-2 agonist, which is a great analgesic, in a sicker patient," Dr. Wiese explained, "but we explore other balanced anesthesia techniques such as ketamine infusions, and we adjust the rest of our anesthetic accordingly."

The opioid shortages are causing veterinarians to be more creative and resourceful in their anesthetic protocols, Dr. Wiese said, as they rely more on local and regional anesthesia techniques with bupivacaine or lidocaine for ultrasound-guided nerve blocks and epidurals in addition to infusion of alternative analgesics such as ketamine or α2 agonists.

"Are we able to create acceptable situations where our patients are mostly comfortable? Yes. Sometimes we're doing it in a fashion that we don't consider the safest or most efficacious approach,"Dr. Wiese said. "That doesn't make me feel good as a clinician because I don't feel like I'm doing the safest thing for my patient, even though I'm creating a situation where I believe their pain is adequately controlled."