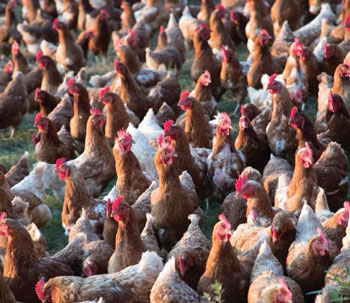 The Department of Agriculture withdrew pending modifications to the National Organic Program, stating in a March 13 Federal Register notice that establishing such animal welfare regulations would have exceeded statutory authority. USDA Agricultural Marketing Service officials now argue that regulations under the program must apply to organic production aspects such as breeder stock sources, livestock feed contents, and drug administration.

The AMS published the rule Jan. 19, 2017, with a planned effective date in November 2017. The current administration delayed implementation before publishing notice in December 2017 that it would be withdrawn.

It also would have expanded federal animal health rules that restrict physical alterations of animals in the organic program, further limiting procedures to those intended to improve animal welfare and performed at young ages with minimal stress and pain. Examples of prohibited actions would have included removal of more than one-third of a chicken's upper beak or entire beak, surgical skin separation on cattle necks or shoulders for identification, and removal of skin on sheep buttocks to prevent fly strike.

The AMS would have defined outdoor spaces for livestock—used to meet outdoor access requirements—as those that allow contact with soil and vegetation, distinguishing those spaces from enclosed porches. And it would have prohibited forced molting, or withdrawing feed to increase egg production.

Ritual slaughter also would have been allowed without loss of organic status.

USDA officials now say the organic label should not be equated with animal welfare assurances, according to the notice published in March. But the notice also states that organic production regulations remaining in effect include standards for health care, feed, and living conditions, including those that establish living conditions that accommodate the health and natural behavior of animals.

But the notice states also that, if the rules were implemented, organic egg producers might leave the organic market, creating shortages and increasing prices.

The AMS received about 63,000 comments in opposition to withdrawal, 50 in support, and 7,800 with no clear opinion, according to the March 13 notice. About 56,000 of those opposed to withdrawal were form letters.