Few people think a snack bag could suffocate a dog or a cat, until the unthinkable occurs.

The dog or cat puts its head inside a bag of chips or another snack, and the bag tightens when the pet inhales. The pet can suffocate to death in under five minutes.

Dr. Jason Nicholas, president and chief medical officer at Preventive Vet, is trying to spread word about the risk. He founded Preventive Vet to raise awareness of preventable risks to pets after he spent years working full time in emergency and critical care. The company offers an online pet health and safety resource and sells books providing tips for canine and feline health and safety. 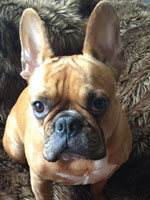 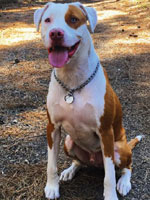 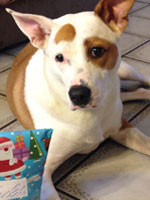 Eleanor, Petey, and Teddy are among the dogs who have suffocated to death in chip bags. (Photos courtesy of Preventive Vet)

"I have just seen too much in the emergency room that either it doesn't end well or you wind up with really distraught and financially strapped owners," said Dr. Nicholas, who continues to do relief work in Portland, Oregon.

The issue of snack bags suffocating pets came to his attention through a story on social media. He reached out to the woman who lost her dog, and they made a video about the issue. He also posted a survey on the Preventive Vet website to gather data from people whose pets have suffocated in snack bags.

According to 1,354 respondents from 2014-18, 72 percent of dogs or cats suffocated in chip or snack bags, 11 percent in bags for pet food or treats, 6 percent in liners for cereal boxes, and 11 percent in bread bags, plastic containers, or something else.

Thirty-nine percent of respondents were home when the pet suffocated. Of those who were out, 18 percent were gone for less than 15 minutes.

Dr. Nicholas said the stories that he hears from guilt-ridden pet owners are devastating. One dog owner was suicidal, but Dr. Nicholas' business partner contacted suicide prevention experts, who intervened.

Preventive Vet created a free poster with data from the suffocation survey and solutions to prevent the risk. The suggestions are to store food in plastic containers with an opening too small for a pet's head, serve snacks in a bowl rather than eating them out of a bag, and cut bags along one side and the bottom before disposal.

Other approaches are to tie bags in a knot before disposal or tear or cut open at least one side or the bottom, Dr. Nicholas said. He also advised putting trash in covered bins behind doors.

"We were taught to cut six-pack rings to protect wildlife," notes a Preventive Vet graphic for sharing on Facebook. "Now let's cut our snack bags to save wildlife and our pets."

Dr. Jennifer Hamm, medical director of East Bay Veterinary Emergency in Antioch, California, learned that pets could suffocate in snack bags when a cousin's cat, Mojo, suffocated to death in a bag of chips.

Her cousin lived with a couple of other guys, and they all left chip bags around. They woke up one day to a dead cat. Dr. Hamm's cousin called to tell her and ask questions. She realized the cat had suffocated.

In the past year, a young female Corgi came into Dr. Hamm's emergency hospital dead on arrival. Dr. Hamm asked the owner what had happened, and he could barely speak. He had found the dog lying on his bed with a chip bag over her head.

Now, anytime Dr. Hamm hears from clients about a pet getting into the trash, she cautions them about the risk of suffocation from chip bags. She said, "It is so preventable, and it's just so gut-wrenching when it happens."

According to the survey of people whose pets have suffocated in food bags or containers, 87 percent didn't know about the danger until the pet suffocated. Preventive Vet has dedicated a webpage to awareness at www.preventivevet.com/pet-suffocation, where the free poster, shareable materials for social media, and other resources are available.