Nail polish does not increase bacterial counts, but nail length does, according to a study of surgical personnel at a veterinary teaching hospital.

"The effect of nail characteristics on surface bacterial counts of surgical personnel before and after scrubbing" appeared in the October 2017 edition of Veterinary Surgery (Vet Surg 2017;46:952-961), available at http://jav.ma/nailstudy. 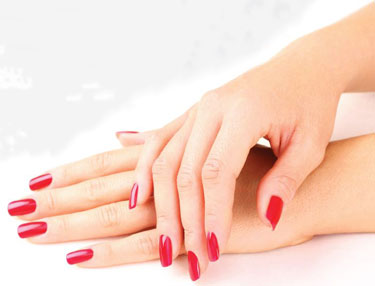 The sample population was 21 veterinary students, faculty members, and veterinary technicians who routinely scrubbed in for small animal orthopedic and soft tissue surgeries at the Washington State University Veterinary Teaching Hospital between March and April 2015. Subjects were randomized into two groups, with one group wearing nail polish for one week and the other having unpainted nails. Each subject changed groups the following week. Fingernail lengths were measured each day, and samples for culture were taken from the surface and subungual areas of the nails on both hands with sterile cotton swabs and toothpicks before and after pre-surgical scrub and after surgery.

"The use of sterile gloves to prevent the transfer of bacteria from the hands to patients does not preclude efforts to minimize bacterial loads on the skin of surgeons as glove perforations can occur during surgery," according to the report. "Indeed, glove tears were noticed after surgery in 23% of subjects in our study."

Total bacterial counts and the quantities of staphylococci, other gram-positive organisms, and gram-negative bacilli did not differ between personnel with painted or unpainted nails.