Racing dogs in Florida have tested positive for cocaine or cocaine metabolites about 230 times in the past 20 years, according to state and court documents.

The Racing Laboratory at the University of Florida's College of Veterinary Medicine has analyzed more than 700,000 race-day urine samples since July 1998. Among the substances found during that time, cocaine and two metabolites—benzoylecgonine and ecgonine methyl ester—constitute one-fifth of the violations. The total number of cocaine-related positive test results may be higher when the state publishes data covering July 2016 through June 2017, a period during which complaint documents show dogs tested positive at least 29 times. Samples are collected before or after races.

Cocaine could give dogs an edge in racing, and state authorities say intentional administration is the most plausible explanation. But attorneys for two Greyhound trainers and leaders of organizations with opposing views on Greyhound racing have said the presence of cocaine metabolites in urine samples might be a result of accidental exposure related to human drug use around the dogs.

After a decade of single-digit annual totals, the number of times cocaine metabolites were detected spiked starting in late 2016.

Greyhounds under one trainer, Charles F. McClellan, were positive for cocaine and cocaine metabolites in 18 tests performed in 2017 at the Bestbet Orange Park track near Jacksonville, Florida. He and fellow trainer Natasha L. Nemeth, whose dogs have had six positive test results since October 2016—also at Orange Park—are fighting the rules that govern drug testing at tracks and that were used to suspend their state licenses. 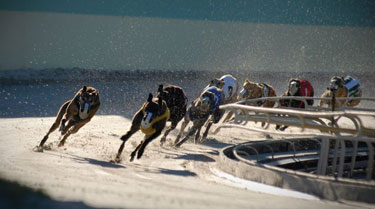 Dogs under a third trainer, Malcolm McAllister, had six positive test results, all in January 2017. The state revoked his license, but he is not participating in the rule challenge.

In a letter filed with state authorities, McAllister denied he was responsible for his animals testing positive. He said he was working with four helpers, and one must have administered cocaine to the dogs or dropped it.

An administrative law judge, Lawrence P. Stevenson, sided with McClellan and Nemeth in a late December 2017 ruling that Florida officials had failed to adopt the drug-testing rules through the official process, and the procedures used to collect and test urine samples from Greyhounds were invalid. At press time, the trainers' licenses remained suspended, state authorities were appealing the ruling, and the judge was yet to rule on a related challenge to the state's lack of an acceptable limit for cocaine metabolites in urine samples.

Kathleen Keenan, deputy communications director for the Florida Department of Business and Professional Regulation, declined to answer questions on whether the ruling affects testing at tracks or endangers any existing complaints or decisions against trainers. She said the department is unable to comment on ongoing litigation.

In Florida, dog trainers are responsible for the condition of their animals, including the presence of prohibited substances found during testing.

Attorney Jennifer Y. Rosenblum, who is representing McClellan and Nemeth, declined to comment on behalf of her clients before December's ruling and did not return messages afterward.

Since filing the rule challenge last September, Rosenblum and other attorneys representing the trainers have argued that the substances detected could reflect contact with trace amounts of cocaine through contaminated grass, people who handle cocaine-contaminated cash, or cocaine-contaminated hands and faces of people, including the state employees who collect urine samples. The attorneys also claim the metabolites found are indicative of exposure to amounts too small to affect performance.

"It defies logic to presume that trainers would knowingly violate and continue to violate the statute and place their licenses at risk," the trainers said in a January court filing.

Attorneys for the Department of Business and Professional Regulation's Division of Pari-Mutuel Wagering have countered in court documents that cocaine is far more likely to be administered by an animal's trainer, there is no evidence the positive test results were caused by environmental contamination, and years of drug testing data contradict suggestions that environmental contamination with cocaine is affecting the Greyhound industry. Court documents filed by the state in January also notes that no authority has set an acceptable amount of cocaine in racing animals, and Greyhounds have no "normal physiological level of cocaine."

Tom Vickroy, PhD, executive associate dean and professor in the Department of Physiological Sciences at the University of Florida, is a pharmacologist who has conducted research on the effects of cocaine and other drugs on the central nervous system. He is not affiliated with the university's racing laboratory.

Dr. Vickroy said cocaine has similar stimulatory effects in most animals, increasing awareness, heart rate, blood pressure, and blood flow and oxygen delivery to muscles and other organs. Depending on dosage, it also can cause excitation, vigilance, and a sense of euphoria.

"Because it is a stimulant, cocaine has the potential to enhance athletic performance in short-lasting events," he said. "The effect of cocaine on endurance events is less clear, but, in short-lived situations, it can improve performance."

He is unaware of any studies that would show, for example, a direct correlation between race performance and concentrations in blood or urine of cocaine or cocaine metabolites.

Racing animals have tested positive for other prohibited substances following environmental exposure, Dr. Vickroy said. He cited as an example positive test results decades ago for caffeine in horses that drank water from troughs where trainers had emptied remains from their coffee cups.

The National Greyhound Association has supported the contention that environmental contamination could have caused positive test results in dogs, quoting Rosenblum in a December 2017 statement that "even the tiniest trace amounts are being treated as major violations."

James Gartland, the NGA's executive director, said in an interview that the number of positive test results for cocaine or cocaine metabolites is small in comparison with the hundreds of thousands of samples collected during the same periods. He also expressed doubt the concentrations found affected performance.

"I don't think there was any malintent on the part of any of these trainers," he said. "There's been evidence shown—or even testing shown—that the samples could have been tainted by the people taking the samples, by outside contaminants."

Asked about the clustering of 30 positive samples under three trainers, Gartland said that had raised concerns. He maintains many past positives could be explained by sensitive laboratory tests detecting contact with contaminated surfaces.

Gartland clarified that he is not making accusations against any specific trainers.

Carey M. Theil is executive director of Grey2K USA, an organization that advocates against Greyhound racing, alleging the dogs are subjected to cruel conditions and practices. He said environmental contamination claims seem plausible when that includes illegal drug use by people who are around the dogs.

Conversations with racing industry insiders indicated to him cocaine use occurs in kennels, and exposure to crack cocaine smoke could explain the metabolite detection, he said. But, he added, "We would be naive to assume that race fixing doesn't happen."

The dog with seven laboratory-reported positive test results for benzoylecgonine, WW's Flicka, had first-place finishes in two of those races. Theil noted that the dog was 4 years old, an age when Greyhounds tend to slow down.

He said he doesn't know which possibility is worse: that dogs are under the care of people with drug habits or that the dogs might be administered cocaine for racing.

Orange Park town Police Chief Gary Goble said he had received no reports about cocaine in Greyhounds. He said post-race urine samples are sent away for testing, and he thinks state law enforcement would have the authority to investigate.

Officials in the Florida attorney general's office did not respond to requests for comment.

He said he has spoken with officials from Greyhound tracks about the potential for cocaine contamination. Officials are able to tell kennel owners to remove problematic trainers, but they also want to ensure trainers get their day in court, he said.

In the announcement from December, NGA leaders called for Florida's wagering division to work with the Greyhound racing industry to develop a new drug testing regime that is "veterinary-based," protects Greyhound health, ensures racing integrity, and provides consistent compliance and enforcement.

"The state's failure to officially promulgate and publish the drug-testing rules effectively invalidates any pending enforcement actions," the NGA said.

Florida has nine of the 17 NGA-listed Greyhound tracks. Others are in Alabama, Arkansas, Iowa, Texas, West Virginia, and Mexico.

Grey2K is citing state data on positive test results for cocaine and cocaine metabolites in support of a proposal to prohibit wagering on dog races. At press time, the proposal was before Florida's Constitution Revision Commission, a body that convenes every 20 years and will vote on proposals to place on the November 2018 general election ballot.

Theil thinks that, if the proposal reaches the general election ballot, the public will vote in favor of it. If it fails to reach the ballot, he said to expect a citizen petition in 2020.

Gartland said the proposal would eliminate thousands of jobs and millions of dollars in revenue and shatter lives of people in the Greyhound industry. He also said everything before the commission has a chance to appear on the ballot.

"After this last year, I don't trust anything that happens in politics," he said.