Income inequality in the U.S. continues to increase and is, in some ways, dividing Americans. For the highest earners, income has boomed: In 1980, the top 1 percent of adult workers earned, on average, 27 times more than the bottom 50 percent of adults, while today, the top 1 percent earns 81 times more, according to a study by the National Bureau of Economic Research released last year.

Furthermore, the top 1 percent earn a mean $1.3 million a year, which is more than three times as much as they did in the 1980s, when they earned a mean $428,000. Meanwhile, the bottom 50 percent of adult American workers earned a mean $16,000 in pretax income in 1980, an amount that hasn't changed in over three decades.

The veterinary profession hasn't been immune to this trend. Some aspiring veterinarians are getting priced out of veterinary education as tuition and fees continue to escalate. For those who do make it to veterinary college, this wealth disparity has created two distinct classes of students—those with no debt and those with insurmountable debt.

On the surface, some of the numbers may not seem so dire. From 2015-17, the debt-to-income ratio for recent veterinary graduates declined from 2.04:1 to 1.86:1. Much of this, however, had to do with starting salaries increasing by a mean 4 percent. Meanwhile, overall educational debt dropped by a mean 1.5 percent in that time frame. This is according to figures released during the 2017 AVMA Economic Summit, held Oct. 23-24 in Rosemont, Illinois.

There's been lots of increase in people with zero debt, so we're accepting more rich kids.

So how did total educational debt among veterinary graduates decline if tuition and fees increased by 14.5 percent in that three-year period? The answer is that the percentage of veterinary graduates without any debt went from 11 to 17 percent during that time as well.

He later added, "If we're only looking at the debt-to-income ratio in that index value, that's not giving us a description of the problem. There's a growing group of people with a much higher DIR and a similar group with a much lower one. So that means you have fewer graduates who have a (high) DIR, but of the ones that do, they have a much greater DIR problem, and that is going to be a serious problem. It's OK if everyone is between a 1.4:1 and 2:1 ratio, but if you have lots of people with 4:1 to 5:1 ratios, you're setting someone up for serious problems down the road."

Lisa Greenhill, EdD, senior director for institutional research and diversity with the Association of American Veterinary Medical Colleges, stated at the 2016 AVMA Economic Summit that there was evidence the profession was beginning to attract applicants more likely to be able to afford attending veterinary college. At least a quarter of students in the Class of 2020 said they would rely, at least in part, on family support to help them pay for school, and 31 percent said they would rely on personal savings. Both are key to keeping debt low, Dr. Greenhill said.

There are more telling statistics. Twenty-seven percent of current veterinary students have received or are eligible for Pell Grants (a proxy for low-income status), and 21 percent are first-generation students, and there have been incremental declines in both categories of these students in recent years. Also according to applicant data, low-income and first-generation students are far less likely to have family support (13.5 percent and 11.1 percent, respectively). These two applicant groups also have plans to finance more of their education than their peers (10.7 percent and 9.2 percent, respectively).

In another twist, Dr. Greenhill has come to the conclusion that scholarship funds are being awarded disproportionately to students with more diversified funding portfolios.

"We know that the colleges are more often front-loading scholarship monies to competitive, nonresident applicants in an effort to recruit them. As low-income and first-generation students are less likely to be admitted and have a higher likelihood of only receiving one offer, the funds are going to applicants with more choices, and that group is largely the group with more financial resources already," she told JAVMA News.

Finally, while the typical applicant has less than $10,000 of debt—which is only about one-third of the national mean of undergraduate debt—applicants coming from lower-income backgrounds are more likely to have $5,000 to $6,000 more in undergraduate debt than their peers. Dr. Greenhill said all of this is concerning, as the situation conflicts with the profession's ability to ensure access to a wide pipeline of potential students.

"I would argue that the gritty ones are pushed out of the market when they have to think about cost, and there are less options available to them if they still go through with going to veterinary school," she said at this year's summit. This means they may choose higher-cost schools or wind up paying nonresident tuition rates, even though they might not have the means. Why?

As the AAVMC has found in its surveys of applicants, cost is not the deciding factor until applicants have an offer of admission.

"One thing we've found is that even though they are increasingly aware of the cost of a DVM, cost is not the decision driver in terms of where to apply. They're looking at things like where the seats are available, how competitive they think they are for aspirational schools, program offerings, and other variables. After admission, cost ranks higher for more affluent students. Lower-socioeconomic and first-generation students don't care about cost as much because they typically have fewer choices," Dr. Greenhill said.

Tuition at U.S. veterinary colleges has increased—a lot. In 1999, the mean (annual) tuition was $10,668, compared with $28,504 in 2017, a 167 percent increase. Furthermore, 84 percent of applicants lived in states with veterinary colleges, but half the overall seats available were nonresident ones, Dr. Greenhill said, meaning resident students have more competition than ever before and fewer seats are at cheaper rates.

No surprise, then, that every U.S. veterinary college showed an increase in debt among its students between 2016 and 2017—that is, except for two. The University of Wisconsin-Madison showed a decline, and the University of California-Davis stayed constant.

"What did they do differently? How did they control debt of students? Both schools have tremendous scholarship programs. I won't say that's what did it, but that's a huge part of it," Dr. Dicks said.

Although the 30 percent response rate for their 2017 senior student survey was not as high as the response rate for the survey of U.S. veterinary college graduates, it was a start, said Bridgette Bain, PhD, assistant director for analytics in the AVMA Veterinary Economics Division. Of those respondents, the mean veterinary educational debt for this year's graduates was a little more than $250,000, compared with $138,067 for graduates from U.S. veterinary colleges in 2017. In fact, almost 60 percent of U.S. graduates from foreign institutions had a debt-to-income ratio greater than 4:1 in 2017, even though the overall mean debt-to-income ratio was 3.4:1. It should also be noted that 14.7 percent of these respondents had no debt.

"There's no significant difference in the salaries of those finding employment, whether they graduated from a U.S. or foreign institution, but there's a huge difference in their debt," Dr. Bain said.

Furthermore, 95 percent of veterinary graduates this year received an offer for full-time employment or to continue their education. Of those, 41.9 percent opted for small animal private practice, followed by 38.5 percent choosing advanced education. Notably, this year marked the first time since 2008 that more graduates went into practice than continued their education. That's important because new veterinarians going into internships make about $35,000 less than those going into small animal practice, according to the 2017 AVMA & AAVMC Report on the Market for Veterinary Education. 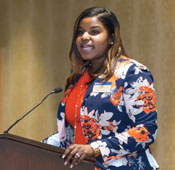 The bad news is that debt is increasing faster than salaries, outstripping any potential gains.

Echoing Dr. Bain, Dr. Dicks foresees that the number of graduates with zero debt and the number with debt above a sustainable rate will only continue to increase.

"Will we force people out, or will colleges try to do something with respect to the number of seats to rein in tuition? Regardless of what they do, there will be an increase in the debt-to-income ratio," Dr. Dicks said.

Since the Economics of Veterinary Medical Education Summit, or Fix the Debt summit, was held in the spring of 2016, efforts to turn things around have been incremental. The Fix the Debt summit had four collective goals: to reduce the debt-to-income ratio from 2:1 to 1.4:1 by eliminating interest during school, to eliminate excessive student debt, to increase salaries by 10 percent, and to reduce educational expenses by 10 percent. If all these goals were implemented, the overall DIR would be 1.03:1, according to Dr. Dicks' estimate.

The first goal isn't a sure bet, at least in the near term, considering that potential cuts to federal student aid programs and further increases in the cost of student borrowing could take effect as soon as award year 2018-19 (See JAVMA Oct. 1, 2017). In fact, the House of Representatives passed a tax plan in mid-November that would drastically increase the tax burden on graduate students. Hidden in the Tax Cuts and Jobs Act is a repeal of Section 117(d)(5) of the current tax code, a provision that would count tuition waivers as taxable income for students who pursue master's degrees or doctorates.

The second goal also remains confounding. Dr. Dicks said more information is needed to better understand the factors that contribute to the high variation in tuition and fees among veterinary colleges as well as why students seem to incur more debt (above costs) at certain institutions than at others. The three schools with the highest percentages of students who had debt in excess of total costs plus interest in 2017 were the University of Missouri (63 percent), Virginia-Maryland (59 percent), and Tuskegee University (40 percent). 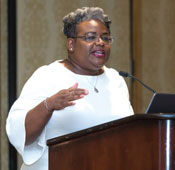 I would argue that the gritty ones are pushed out of the market when they have to think about cost, and there are less options available to them if they still go through with going to veterinary school.

The third goal still has potential. From 2013-18, both the percentage of new veterinarians finding employment and starting salaries have been increasing. In addition, some employers are getting creative in how they compensate their associate veterinarians. Across the business world in general, student loan repayment has become one of the newest employee benefit trends, with at least some suggestion that help repaying student loans is one of the most desired benefits among young workers. Banfield Pet Hospital announced Nov. 8, 2017, its Veterinary Student Debt Relief Pilot Program to help support its associates' financial well-being. Starting this past December, the program began providing eligible doctors either a low-interest refinancing option with a supplementary 0.25 percentage point interest-rate reduction, a monthly student loan contribution of $150, or a one-time, $2,500 payment for each qualifying Banfield student program in which the doctor participated prior to graduating.

Dr. Greenhill found in surveys of AAVMC member institutions conducted in 2015 and again in 2017 that scholarship resources and distributions "demonstrate relatively static trend-lines during a time when substantial growth is needed," according to an August AAVMC release.

Some institutions are making more progress than others. The University of Florida College of Veterinary Medicine announced this past fall that, in the two years since the launch of its Veterinary Access Scholarship Program, it had doubled the amount of scholarship dollars awarded every year.

The AAVMC board of directors decided at its summer 2017 meeting to move forward with the creation of an AAVMC Excellence in Scholarship Fundraising Award. While plans for that program are still in development, the goal is to inspire increased effort and performance in this area at the institutional level.

Barriers to being competitive include the following: