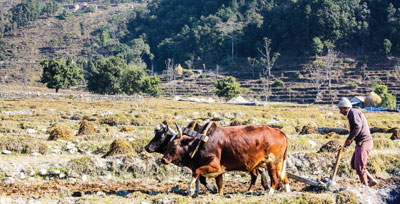 Dr. René Carlson said veterinarians need to be louder about the value of animal-source foods.

Dr. Carlson, who is president of the World Veterinary Association, also leads the AVMA Committee on International Veterinary Affairs, which she said is trying to decide how veterinarians can use their expertise to alleviate the food insecurity afflicting 800 million people and, in doing so, "transform the world."

She made those comments as the first lecturer in the AVMA Convention 2017 Global Health Summit, a continuing education series focused this year on food security.

Insufficient nutrition is an underlying factor in the deaths of about 2.6 million children and 100,000 mothers worldwide each year, she said. Within the U.S., about 42 million people lack food security.

Animal-source foods provide essential nutrition and economic stability, and veterinarians can help by improving animal health and well-being beyond the industrialized countries, she said.

Dr. Carlson said the AVMA committee is planning to improve communication and wants to expand professional curricula and job opportunities to extend veterinarians' work into needed areas. But, for now, the committee members are considering how to accomplish those goals.

In another lecture of the summit, Dr. David Sherman, a project manager for the World Organisation for Animal Health (OIE), described the devastation to food security and livelihoods caused by peste des petits ruminants, a deadly viral disease of small ruminants, as well as the potential he has seen for veterinary paraprofessional programs to combat such diseases.

Dr. Sherman said people in more than 300 million of the most impoverished households, most of them in Africa, Asia, and the Middle East, depend on sheep or goats. PPR is a threat as well as the focus of an eradication campaign by the OIE and Food and Agriculture Organization of the United Nations, which have set a goal of eliminating the disease by 2030.

PPR was among diseases rampant in Afghanistan when Dr. Sherman arrived in that country in 2004. Livestock populations were later further depleted by war and drought.

The U.S. Agency for International Development provided $12 million for a 2.5-year project to train and equip local veterinary paraprofessionals. About 400 of them were working in Afghanistan as of 2006, making a living by charging fees for services such as deworming and vaccination. They administered about 16.5 million vaccinations during the project, Dr. Sherman said, and many currently remain in business.

Dr. Sherman said the FAO has since had success working with those paraprofessionals on controlling PPR in Afghanistan, plus those workers have become a national disease-reporting network.