Plans for a proposed Texas Tech University School of Veterinary Medicine in Amarillo got a boost this spring with money allocated by state lawmakers, although it’s not enough to fully fund the project. The university now is poised to start building a program and fill in the blanks along the way. 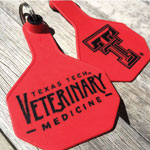 At the start of the legislative session, the Texas Tech veterinary school was "on pause." Then, nearly $4.2 million in funding was included in the state’s two-year budget, which passed both chambers of the Texas Legislature on May 27 and was approved by Gov. Greg Abbott on June 12.

The number, a compromise between the state House and Senate, is down about $1.5 million from the House’s initial proposal. It’s also short of the $16.75 million that the university initially requested from lawmakers to build the school. Texas Tech officials have estimated the total cost at $80 million to $90 million.

As far back as the 1970s, the Legislature has debated establishing a second school in Texas in addition to the Texas A&M University College of Veterinary Medicine & Biomedical Sciences, which celebrated its 100th anniversary in 2016.

In recent years, Texas A&M has said it is responding to state reports of a chronic shortage of rural large animal veterinarians by expanding its facilities and forming innovative partnerships with regional Texas A&M University System colleges.

Tech first announced its intention to build a veterinary school at the end of 2015. The university says the new veterinary school will be built in Amarillo on the Texas Tech University Health Sciences Center campus, which is home to the schools of Pharmacy, Medicine, Nursing, and Health Professions.

Tech officials argue that because the veterinary school would have a distributive clinical education model rather than an on-site teaching hospital, students would get clinical experience in Texas Panhandle veterinary practices and be more inclined to stay in the region.

The Amarillo City Council last year agreed to give a $15 million sales tax rebate to the university system if it started construction by Sept. 1, 2018, and opened the school for classes within four years of that date.

But this past December, the Texas Tech University System Board of Regents voted to not pursue funding for a proposed veterinary school for the next two years, halting the project. The move came as Tech leaders were responding to Texas lawmakers’ calls to tighten budgets statewide, according to a Dec. 7, 2016, Texas Tribune article.

With $4.2 million now allocated to the proposed veterinary school, the plan is moving forward once again. Tech Texas sent out an email when Gov. Abbott signed off on the budget, saying the university system is grateful for legislative support for veterinary medicine. Otherwise, the university has not released any details on how it will proceed. Vice Chancellor Brett Ashworth was quoted in a June 17 Lubbock Avalanche-Journal article saying the university and the board of regents are sorting through the next steps, which include pursuing funding and school accreditation, and setting a timeline.