By Story and photos by R. Scott Nolen

William Willis can’t remember a time when he didn’t want to be a veterinarian. With no veterinary college in his home state of Alaska, Willis enrolled at Purdue University College of Veterinary Medicine in 2016 with plans of returning to Anchorage after graduation to practice on exotic production animals, such as reindeer and musk ox, as well as wildlife.

The reality of graduating with approximately $150,000 in student loan debt may require Willis to defer practicing in his native Alaska, however.

“The high cost of living in Anchorage and the limited amount of mixed animal practice opportunities there, coupled with my student debt, may make it financially unfeasible to return home,” Willis said. “Alaska has a need for veterinarians in all disciplines, but my debt load may make me reconsider my focus or change where I practice.”

Willis’ plight is symptomatic of the high price of veterinary education in America, a consequence of a confluence of reduced state funding for higher education, the costs of new college facilities and technologies, and the increasing requirements for earning a veterinary degree. 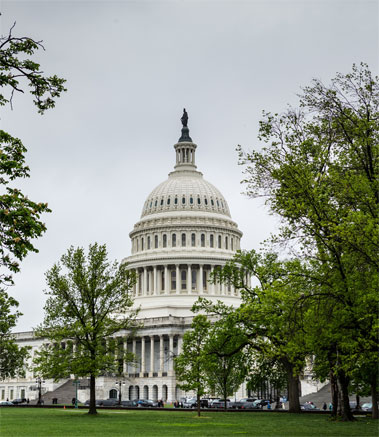 In 2016, more than 41 million borrowers owed around $1.3 trillion in student loan debt, making it the second highest U.S. consumer debt category after mortgage debt and higher than both credit card and car loan debt. Approximately 25 percent of borrowers are struggling to repay their student loans.

These new veterinarians expected to earn a mean starting salary of roughly $73,812 for a full-time position, the AVMA survey also found.

The high debt load and low starting salary compared with health care professions with equivalent educational requirements is troubling to veterinary leaders, who see it as an unsustainable trend with negative impacts, both personal and professional. Earlier this year, nearly a hundred veterinary students and veterinarians traveled to Washington, D.C., to lobby Congress for educational debt relief as part of the AVMA’s ninth annual Legislative Fly-In.

Over the course of the event, held April 23-25, 92 participants, including Willis, heard from veterinary policy experts and spoke to their elected representatives about two bills that offer some relief for veterinarians’ educational indebtedness: the Veterinary Medicine Loan Repayment Program Enhancement Act and the Higher Education Act.

The VMLRP Enhancement Act is bipartisan legislation introduced in March that would repeal the tax on a Department of Agriculture program that pays off up to $75,000 in student loan debt for veterinarians who spend three years working in underserved areas of the country (see JAVMA, May 1, 2017). More than 350 veterinarians have been placed in 45 states, Puerto Rico, and U.S. federal lands since the VMLRP’s implementation in 2010.

The Internal Revenue Service currently deducts 39 cents of every dollar Congress appropriates to the program. Were Congress to repeal the withholding tax, the AVMA estimates enough money would be freed up for one additional veterinarian to participate in the program for every three already enrolled.

Rachel O’Leary expects to owe around $121,000 when she graduates from the University of Wisconsin School of Veterinary Medicine in two years. Growing up on a farm in Janesville, Wisconsin, O’Leary knew about the costs of earning a veterinary degree going in. But the prospect of spending years paying off student loans while earning a modest income didn’t deter O’Leary from pursuing a career practicing on dairy and beef cattle.

The VMLRP is an important program, O’Leary said, and she hopes to take advantage of it to offset some of her debt. “If you’re going into the food animal medicine industry, you’re not going into it for the money,” she said. “With this loan repayment program, we can make it possible for veterinary students to pay off their loans sooner, grow their businesses faster, and achieve a higher quality of life.”

Willis sees the VMLRP as a way he can bring needed food animal veterinary services to underserved Alaskan communities without going further into debt. “Alaska currently has five VMLRP positions—all deemed as high to critical need, which have never been filled since the program was enacted. Personally, I am considering participating in this program when I graduate,” Willis said.

Willis and O’Leary, along with the other AVMA fly-in participants, met with staff of their congressional representatives in the House and Senate to educate staff members about the need for repealing the VMLRP tax and to ask that lawmakers support the bill. Since the visit to Capitol Hill, two senators have signed on to the VMLRP Enhancement Act as co-sponsors, and five members of the House had promised to do so as well.

Fly-in participants also discussed the Higher Education Act, which represents the greatest legislative opportunity to alleviate student indebtedness. Enacted by President Lyndon Johnson in 1965, the HEA dictates the administration of all federal loan assistance for students in postsecondary education. In 2013, the law was scheduled for reauthorization, a process during which Congress could potentially revise the terms offered on student loans and the repayment options available to borrowers. Partisan gridlock has so far prevented the HEA from being renewed, however.

Responding to growing concerns over veterinary student indebtedness, the AVMA, the Association of American Veterinary Medical Colleges, and veterinary colleges have coalesced around the Fix the Debt initiative. The national campaign is directed at convincing lawmakers to ease the educational debt burden and make the federal student aid system more amenable to the needs of veterinary students and recent graduates. The Fix the Debt website went live in May and is available here.

If you’re going into the food animal medicine industry, you’re not going into it for the money. With (the Veterinary Medicine Loan Repayment Program), we can make it possible for veterinary students to pay off their loans sooner, grow their businesses faster, and achieve a higher quality of life.

Gina Luke, an assistant director at the AVMA Governmental Relations Division, which hosted the fly-in event, told participants the two associations will not be advocating alone. “We will be joined by associations representing other health professions and their respective student members,” Luke said.

When Rachel Leist graduates from The Ohio State University College of Veterinary Medicine in 2020, she’ll have a veterinary degree and $175,000 in student loan debt. Leist, who wants to work in academia doing pathology, is considering applying for the Public Service Loan Forgiveness Program after college. The PSLFP incentivizes working in designated public sector jobs that promote public and animal health in exchange for federal student loan forgiveness after 10 years of full-time service.

“Following my passion into a high-need area that often pays substantially less money will only be possible with assistance from sources like the PSLF program,” Leist said. “For me personally, reauthorizing and improving the Higher Education Act to better reflect veterinary salaries and debt, as well as improving the PSLF program, would have a great impact on my ability to excel in my career while paying off my extensive loan burden.”

With the shrinking congressional calendar and considerable amount of time and attention the HEA will require from lawmakers, Kevin Cain, director of governmental affairs for the AAVMC, says it’s highly unlikely Congress will reauthorize the act in 2017. Regardless, the work has already begun, Cain told fly-in attendees, noting that the House Subcommittee on Higher Education and Workforce Development this past March had a hearing on improving federal student aid.

“Lawmakers will introduce legislation throughout the 115th Congress dealing with some aspect of higher education,” Cain explained, “so it is imperative that veterinarians and aspiring veterinarians become engaged in the fight to save financial aid for current and future students.”

Learn more about the AVMA’s work in the area of federal student aid policy here in the Advocacy section under “National Issues.”