The APPA biennial survey of pet owners found that 84.6 million U.S. households owned pets in 2016, up 6.1 percent from 2014. Millennials account for half of the owners of reptiles; small animals such as rabbits, guinea pigs, hamsters, ferrets, and gerbils; and saltwater fish.

The annual APPA report on pet spending found that overall spending in the U.S. pet industry increased 10.7 percent between 2015 and 2016 to $66.75 billion.

“While this shows a significant increase over last year, it is more reflective of an adjustment in data reporting than actual growth,” said Bob Vetere, APPA president and chief executive officer, in an announcement about the report. “Actual growth, when compared to previous reporting methods, is closer to 4 percent.” 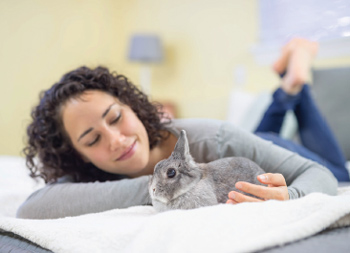 Spending on pet food increased 22.5 percent to $28.23 billion in 2016. The noticeable increase resulted primarily from the APPA accounting for new data from the Bureau of Labor Statistics, which indicated previous figures might have been too conservative.

In the category of pet supplies and over-the-counter medications, spending increased 3 percent to $14.71 billion. Spending on pet services such as grooming, boarding, walking, training, and day care increased 6.5 percent to $5.76 billion in 2016. Spending on purchases of pets decreased for the third year in a row, down 0.9 percent to $2.1 billion.