The AVMA has released the 2017 AVMA Report on Veterinary Markets, the first of four economic reports in the 2017 AVMA Economic Report Series. 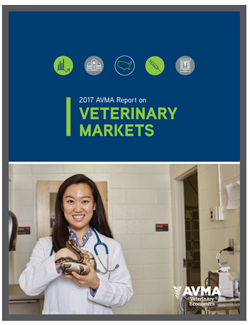 Among the key findings in the report are the following: