Many veterinarians and dog owners may not know about Border Collie collapse, a form of exercise intolerance in Border Collies, Australian Kelpies, and related breeds in the United States, Canada, and Australia. Dogs with BCC are normal at rest, but after five to 15 minutes of strenuous exercise, they can develop incoordination and altered mentation.

Two consecutive issues of the Journal of the American Animal Hospital Association, published late in 2016, featured a study on exercise in dogs with BCC and a survey on observations of dogs with the condition.

“(BCC) is not rare and is a significant problem in the breed,” said lead researcher Dr. Sue Taylor, a professor of small animal medicine at the University of Saskatchewan Western College of Veterinary Medicine, in the newsletter AAHA NEWStat. 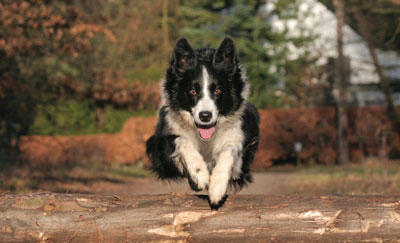 It is not known how serious a problem BCC is because a diagnostic test to confirm the condition doesn’t exist. On the basis of the questionnaire results and a video analysis study, Dr. Taylor said in the newsletter her team has discovered “dogs with BCC have a very typical appearance and altered mentation during collapse episodes—they have an episodic neurologic disorder brought on by exercise or hyperventilation or exercise induced hyperthermia.”

What this means is strenuous exercise causes episodes and that veterinarians can look for a specific set of signs when diagnosing BCC. Dr. Taylor suggested looking for “episodes of collapse that always follow strenuous excited exercise, with features that include altered mentation, ataxia in all four limbs, pelvic limb scuffing, and increased extensor tone.”

Before diagnosing BCC, veterinarians should rule out other causes of collapse. Dr. Taylor’s studies have shown that dogs with the condition have “normal cardiac function and normal metabolic testing before exercise and during collapse as well as normal muscle biopsies.” These values are comparable with those of normal Border Collies performing the same exercise, though dogs with BCC have an increase in body temperature after exercise.

The only treatment for BCC is to avoid strenuous exercise, especially in hot weather, as a form of prevention. Exercise should be stopped as soon as a dog shows the first signs of a collapse, and dogs with signs should be cooled.