The year got off to an explosive start in the veterinary industry with the announcement Jan. 9 that Mars would acquire VCA Antech for approximately $9.1 billion, including $1.4 billion in outstanding debt. Pending federal regulators’ approval, the transaction is anticipated to be completed by the third quarter of this year. VCA would operate as a separate business unit within Mars Petcare, according to a joint press release, alongside Mars’ other Veterinary Services businesses—Banfield Pet Hospital, BluePearl, and Pet Partners—and would continue to be led by Bob Antin, CEO, president, and founder of VCA. The company would remain headquartered in Los Angeles. 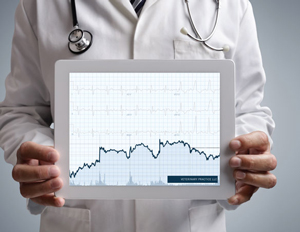 Corporations have been acquiring veterinary practices for decades, and yet, an estimated 85 to 95 percent of U.S. veterinary hospitals remain independently owned. That said, the corporate consolidation trend has ramped up in recent years as companies see the potential for increasing practices’ profits through economies of scale and improved business practices. Mars’ latest acquisition—by far the largest the industry has seen—suggests no end in sight for the consolidation trend. If anything, industry analysts say, it will only accelerate, which can be good news or bad news for veterinarians, depending how prepared they are for this kind of disruption.

Reaction from the profession regarding the acquisition has been mixed.

Dr. Eileen Jefferson, owner of Ethical Veterinary, a mobile practice in Stone Ridge, New York, expressed skepticism, saying veterinary medicine “stands to be reduced to the financial interest of shareholders in a candy company, and at the expense of veterinarian-owned hospitals.”

“Using a fast-paced, cookie-cutter retail model has the potential to undermine the science and ethics central to traditional veterinary practice. More than ever, animals are regarded as family members. As a veterinary practice owner, I see that clients are increasingly interested in time spent with the veterinarian, thoughtful education, continuity of care, and patient-tailored medical decisions. The trend toward corporate veterinary practice doesn’t seem to match what clients are actively seeking for their animals,” she said.

Indeed, Banfield and VCA have been criticized for implementing protocols that some have perceived as taking the decision-making process out of veterinarians’ hands or as not always serving the best interests of the animals. A Jan. 5 Bloomberg Businessweek article featured a veterinarian accusing Banfield of pushing veterinarians to put profit ahead of the health and safety of animals by having them administer vaccines too frequently, among other things.

JAVMA News reached out to Mars for this article but did not receive a response; VCA declined an interview request with Antin but referred to information it provided in a letter to employees (PDF) and an FAQ on the acquisition (PDF).

“We support every veterinarian engaged in veterinary medicine, no matter where they practice. In addition, regardless of practice ownership, the interests of the patient, client, and public require that all decisions that affect diagnosis and treatment of patients are made by veterinarians in the context of a veterinarian-client-patient-relationship, and veterinarians must have the authority to exercise professional judgment in making clinical decisions,” according to a statement by the Association reacting to the Mars merger.

“I think practicing veterinarians need to have the ability to make decisions and not be constrained by a heavy-handed corporate structure, but I also see great value in practices developing standards of care,” he said. “I think a lot of individual practices don’t have standards of care, so you might have six doctors using six different pain relievers or vaccines or flea and tick medication. Standards of care have a huge impact on how you interact with clients” and can help cut down on confusion among clients, staff, and practitioners.

Dr. Spaulding sees the merger as a potential positive for the veterinary industry. Going on his experience as a management consultant and member of the AVMA Veterinary Economics Strategy Committee, he’s observed that one of the biggest financial hurdles that most practices have to overcome is lack of capital.

“It’s a capital-intensive business. We have to have facilities and a large enough staff. We also invest heavily in surgical facilities and the latest diagnostic technologies. With $9.1 billion coming into the veterinary industry, I think that is definitely needed by veterinary medicine and that it will have a tremendous long-term impact,” he said.

The Mars acquisition is a game-changer in that it would make the company the owner of just under 2,000 practices, or about two-thirds of all corporate-owned hospitals. In total, Brakke Consulting estimates 27,000 to 30,000 veterinary practices operate in the U.S.

John Volk, senior consultant for Brakke, said the acquisition doesn’t change much for the typical practitioner from a day-to-day business standpoint.

“In and of itself, the acquisition doesn’t add new practices or take them away. Each individual practitioner is still going to be competing for business in his or her local area. In the research we’ve done, there are 12 to 15 practices, on average, in a trade area, and most of those are independent practices,” he said.

Volk said veterinarians should keep the following in mind:

“The profession will have less business information”

VCA was a publicly traded company but will go private under Mars’ ownership. That means VCA’s business metrics and acquisition activities, which were once in the public domain, soon won’t be.

“I’m not saying VCA was representative of the entire veterinary community, but looking at its information, we could get some barometer of how practices were doing in general. When VCA’s visits were down, we could assume the same nationally. Or if revenues per transaction were up, we could assume a lot of practices were seeing that, too. With more than 700 practices, that’s a good sample,” Volk said.

That means it might be a good idea for veterinarians wanting to get into ownership to buy a one- or two-doctor practice and build it up, Volk says. That could happen individually or by a group of associates who buy out an owner.

For practice owners approaching retirement, he suggests that if their hospital is large enough and profitable, they take advantage of the high demand from corporations and individuals.

“Certainly, there’s heavy demand for practices by these corporate roll-ups, which definitely are having an impact on price. Owners selling are getting higher prices than otherwise because of competition, which also means those individual veterinarians who want to buy have more competition for those properties,” Volk said.

“The corporate consolidation trend will continue, if not accelerate”

Until about two years ago, virtually all Banfield practices were startups. But in 2015, Mars acquired BluePearl, and it could very well acquire more practices. VCA was built on acquiring practices and doesn’t look to be stopping anytime soon.

It’s a capital-intensive business. We have to have facilities and a large enough staff. We also invest heavily in surgical facilities and the latest diagnostic technologies. With $9.1 billion coming into the veterinary industry, I think that is definitely needed by veterinary medicine and that it will have a tremendous long-term impact.

“These corporate roll-ups, they exist to acquire to get bigger,” Volk said. “Mars’ acquisition is not going to slow down the consolidation of practices. It is, if anything, going to be an accelerant, not only for Mars, because they want to grow and pay off their investment in VCA and other things, but also it provides motivation to other corporate acquirers to ratchet up activities.”

That’s because corporate entities that grow through acquisitions are principally owned by private equity firms, which raise money from individuals and funds. The private equity funds invest and make acquisitions in various businesses, then grow and streamline these businesses before selling at a higher value.

Of the 15 to 20 estimated companies that own practices, the biggest outside of Mars is National Veterinary Associates, which has 422 locations throughout the U.S. and Canada.

Though not a new phenomenon, the merging of practices has seen new life recently. The first major occurrence was in 2010 with the formation of Companion Animal Practices, North America. A group of 17 practices joined in a small-scale merger in an attempt to gain greater operational efficiency. CAPNA grew to 56 practices before VCA acquired the controlling interest this past year.

More recently, Mixed Animal Veterinary Associates North America formed at the beginning of this year, also with the goal of taking advantage of economies of scale among its 21 founding practices (see story).

Dr. Spaulding, who is also president of MAVANA, said the Mars acquisition of VCA is a big change and will have a sizable impact on the industry for years to come. He says it’s not unlike disruptions in other industries, such as the appearance of Uber and its effect on taxi service or of Netflix and its impact on the video store.

“I encourage practice owners to increase their business acumen,” he said. “Think about what their options are, and get ahead of this thing. “There’s lots of opportunity.”

Correction: An earlier version of this article incorrectly identified the business that acquired BluePearl Veterinary Partners.