Sporting an orange prison jumpsuit and handcuffs, Chuck Gallagher declared, “Every choice has a consequence.” He later ditched the get-up as he gave his speech on ethics, but the former convicted felon—now a business ethics speaker—intended to drive home a point. His message boiled down to this: People cheat when they have a chance, but when issues of honesty versus rationalization are openly discussed, people dramatically reduce or stop cheating. The lesson, then, is to remove opportunities to cheat and expand ethics training beyond mandatory requirements.

Each (stakeholder) has a different perspective and understanding of what they think is right when it comes to the application of the work you do on a regular basis. And you as a profession happen to be somewhat unique because you have one other overriding stakeholder”—the animal.

Gallagher gave the keynote address during the 2016 American Association of Equine Practitioners Convention, held Dec. 3-7, 2016, in Orlando, Florida, which spotlighted ethics and ethical concerns during its continuing education sessions, thanks to incoming president, Dr. R. Reynolds Cowles Jr. (see story). In an AAEP survey last year, members identified professional ethics as one of the three issues most important to them.

“In particular, our younger members are seeking to see how situations are handled by others, and some are choosing not to do those things” that were previously justified as business as usual or just how things were done, Dr. Cowles said.

Equine veterinarians, especially those at the racetrack and, to a lesser extent, in the show ring, must function in a setting where the pressure to perform—and win—is intense, sometimes creating an environment where medical treatments are timed to a horse’s racing or performance schedule rather than geared toward what might be in the horse’s best interest. A look at the Medication Rulings Database of the Racing Medication & Testing Consortium, the industry’s scientific advisory organization, reveals no shortage of those situations. The database not only shows drug violations by veterinarians working in the Quarter Horse and Thoroughbred racing industries but also describes the possible uses and effects of the drug in the horse. In 2016, it had 220 entries; in all, there have been 3,597 infractions stretching back to mid-2009. They range from the innocuous—slight overages of phenylbutazone or the presence of the antibiotic trimethoprim in a horse before race day—to the flagrant—such as the presence of the stimulant methamphetamine or the vasodilator sildenafil, also known as Viagra, in a horse’s system, sometimes on multiple occasions.

Dr. Thomas Riddle, chair of the AAEP Professional Conduct & Ethics Committee, believes equine veterinarians are faced with more ethical issues because the animals they care for are often competing. “The competition of those animals combined with human nature—with everyone trying to get an edge on their competitor—gives a greater temptation to compromise ethics,” he said.

The AAEP and other veterinary organizations have taken notice and are doing more on the topic (see story).

A former tax partner in a certified public accounting firm, Gallagher embezzled from his own clients’ trust funds in the 1980s, for which he served an 18-month sentence in a federal prison. 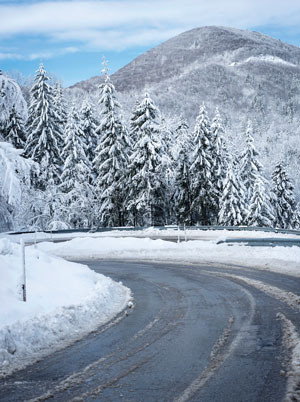 “Thirty years ago, had you asked me if I would voluntarily choose something to derail my career, I would have said, ‘No.’ But it’s a slippery slope of ethical behavior,” he said. “None of us by nature would say they would do something unethical, but trigger points have an impact.” He gave three reasons for why people succumb to ethical lapses: financial problems, relationship problems, and health issues.

In his case, Gallagher was behind on his mortgage payments and unsure of where to turn for monetary aid. At the time, he thought “borrowing” money from clients’ trusts was the answer. He warned that his situation then is not unlike that of today’s recent graduates, who carry a huge burden of educational debt. This could be a pressure point for making unethical decisions.

But need isn’t the only component of ethical lapses, he pointed out. Opportunity and rationalization of the decision factor in as well. Gallagher says it’s easy to make unethical choices when they are considered socially acceptable. Plus, he said, making an ethical decision isn’t simply choosing between right and wrong but is based on the facts and circumstances. Veterinarians deal daily with various stakeholders, including animal owners, competing veterinarians, employees or practice owners, insurance companies, and the government.

“Each has a different perspective and understanding of what they think is right when it comes to the application of the work you do on a regular basis,” Gallagher said. “And you as a profession happen to be somewhat unique because you have one other overriding stakeholder”—the animal.

Because of the ongoing risk of ethical lapses, he says the key is to put systems in place to eliminate the components of unethical decisions.

“It is reasonable to assume someone may, at some point, be triggered by a health or relationship problem to make an unethical choice that could impact you,” he said. “If someone says they can’t take a vacation, that the place would fall to pieces, ‘I’m the only one who knows how to do it,’ that is a red flag. Not that they are doing something wrong, but they are doing something somewhere you may need to look at.”

People who have too close an association with vendors can be manipulated to fall into unethical behavior, he also cautioned.

Gallagher advised that organizations and businesses carry on an open dialogue about ethics, which, in turn, will create a culture that fosters better ethical behavior in their members and employees.

The AAEP’s meeting also featured the session “Can Sport Horse or Racehorse Track Practice Be Ethical?” A panel of sport horse and racetrack practitioners discussed how situations involving ethical shades of gray might be managed in the best interests of horses while preserving client relationships. The case-based interactive session touched on insurance fraud, health and race scratch certificates, intrathecal and joint injections, tail alterations, and the subject of questionable requests from clients.

Dr. David Frisbie, professor of equine surgery at Colorado State University’s Equine Orthopaedic Research Center, said often during a prepurchase examination, the prospective owner wants the veterinarian to pick apart anything potentially wrong with the horse and be quite critical. Alternatively, during the insurance examination, the owner wants the veterinarian to document the least amount possible.

Dr. Joe Carter, owner of Oklahoma Equine Hospital, Washington, Oklahoma, responded that due diligence needs to be completed before the check is cashed. “There should be no subjectivity here. One form should be like the other,” he said. That way, prospective owners don’t go elsewhere to get another form filled out if they’re not happy with the initial prepurchase examination results.

The argument that if a veterinarian doesn’t agree to an owner’s wishes, however unethical, another practitioner will do the work, came up frequently during the panel discussion. Forty percent of audience members said they have lost clients because they did not acquiesce to their requests. Dr. Carter said when clients ask veterinarians to do something unethical, “You have to evaluate if you want that client. I say if you’re uncomfortable, don’t do it and don’t go back.”

Gallagher added that, for any practice that has a client who represents a substantial portion of its revenue, the owner is not truly independent and will find it hard to be objective and ethical.

“It begs the question of what are you willing to do to create other sources of revenue to minimize that and not let yourself be put in that situation,” he said.

That advice might not apply to less-experienced associates. Dr. Rick Mitchell, part owner of Fairfield Equine Associates in Newtown, Connecticut, said there are tremendous pressures on recent graduates, who may be more willing to try to please a client or the practice’s owner. This can make the new graduate an easier mark, he said. Later, an audience member asked what advice the panelists had for an associate working for someone who commits unethical acts.

Dr. Carter responded, “You may not know what you’re stepping into when you first go in there. If you’re uncomfortable (with something you see), that needs to be brought up for discussion.” He also added that when someone in a practice quits doing something questionable, it can have a domino effect, as other veterinarians in the practice or area feel empowered to do the same.

Advice given by Dr. Karen Nyrop, a sport horse practitioner with Burwash Equine Services in Calgary, Alberta, was to involve the animal owner in discussions whenever possible, a practice that has not always been followed in equine medicine.

“I learned that lesson early in my career. If you talk with the owner, their hopes and expectations for the horse may be different from the trainer’s. We are ultimately working for the horse and its owner, so I try to resolve those issues while I can,” she said. “Many of these situations are situationally driven. Right before a show, everyone is nervous and wound up. If you can, diffuse that and take care of the immediate problem you see. And start on complicated issues long beforehand. Train the trainers and owners to get routine exams done before show season or a heavy schedule, when you have time to examine, so you can diagnose and propose a better treatment schedule rather than the week before the show.”

Dr. Riddle said the panel was an important first step in improving ethics in equine practice.

“Everyone would agree we want to practice more ethically, but the important thing that came from the panel is that people are reminded they need to consider ethics in the decisions they make daily in practice,” he said. “It’s not just going ahead and doing it the way it’s always been done.”