Household pet health care expenses have risen in patterns similar to those seen in human health care, despite any influences of insurance coverage and public sector reimbursement on the former, according to recent economic analysis.

The authors of September’s article—Liran Einav, PhD, and Atul Gupta of Stanford University’s Department of Economics and Amy Finkelstein, PhD, of the Massachusetts Institute of Technology’s Department of Economics—wrote that human health care expenses in the U.S. are higher and rising more quickly than expenses in other developed countries without being associated with better outcomes. The rise has been attributed to insurance coverage that shields patients from the costs of their decisions and government reimbursement that provides little incentive for efficiency, the report states.

Similar changes in pet health spending indicate other factors are influencing the demand for and supply of health care, it states.

“It should give us pause before attributing the large and rising healthcare costs in the US solely to the prevalence of insurance and government involvement,” the report states. “The similar growth patterns in US human and pet healthcare may also suggest that technological change in human healthcare may have spillover effects on related sectors, including perhaps pet healthcare or human care in other countries.” 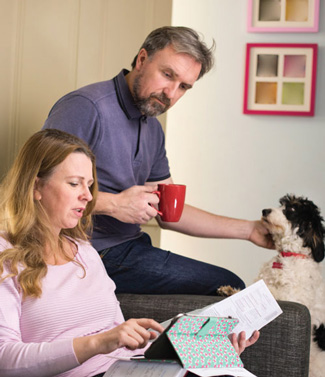 The pet-related expenses include categories of veterinary services and pet purchases and medical supplies. Human health care includes insurance premiums and out-of-pocket expenses, and the authors state that housing and entertainment costs were chosen because of their likely correlation with income.

The report authors also examined health care expenses on 23 dogs that died of lymphoma at a California pet hospital between 2011 and 2014 and for 125 Medicare patients with lymphoma who died between 2008 and 2011. Both data sets showed an end-of-life spike in expenses, most in the last month for dogs and the last three to four months for humans.

But the authors noted that the pet spending data came from a pet hospital that likely draws clients with higher incomes than typical dog owners.

The report is available from the NBER.