During AVMA Convention 2016 this August in San Antonio, the AVMA gave awards to a number of individuals and one organization to recognize excellence in veterinary medicine.

This award recognizes an AVMA member or nonveterinarian for advancing the AVMA legislative agenda and advocating on behalf of the veterinary profession. 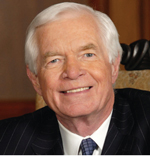 The senator from Mississippi was honored for his contributions to the advancement of legislation on behalf of the veterinary profession.

Cochran championed the National Veterinary Medical Service Act of 2003, which established the Veterinary Medicine Loan Repayment Program. To date, more than 300 veterinarians have participated in the program, which places veterinarians in underserved areas in exchange for repayment of student loans.

His other advocacy efforts include the following:

This award recognizes an AVMA member who has contributed to international understanding of veterinary medicine. 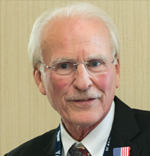 Dr. Carter was recognized for his international contributions to veterinary public health at the Global Health Summit reception during AVMA Convention 2016. Dr. Joe Kinnarney, 2015-2016 AVMA president, said, “He is a service-oriented individual whose contributions to one-health efforts have had far-reaching effects across the globe.”

His military career spanned four decades, starting with active and reserve duty in the U.S. Air Force and later changing over to the Army Reserve; he retired as a colonel in 2009. Dr. Carter consults internationally, and his current research focus is the epidemiology of infectious diseases and electronic monitoring of animal health.

Dr. Carter received his veterinary degree in 1981 and his doctoral degree in veterinary public health in 1993, both from Texas A&M University. He is a diplomate of the American College of Veterinary Preventive Medicine.

This award recognizes an AVMA member for outstanding public service while an employee of a government agency or for education of veterinarians in public service activities. 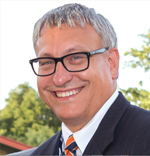 Dr. Suarez is leader of Exotic & Emerging Avian Viral Diseases Research at the Southeast Poultry Research Laboratory, which is part of the Department of Agriculture’s Agricultural Research Service.

Dr. Suarez was recognized for work to support control of avian influenza and Newcastle disease. His research led to the development of diagnostic tests for both diseases, and they have been used to screen for outbreaks in the United States and abroad, said Dr. Joe Kinnarney, AVMA president, in an announcement about the award. Dr. Kinnarney said Dr. Suarez’s influence also is evident in the development and implementation of new vaccine technologies that have been applied worldwide. Dr. Suarez has authored or co-authored more than 160 peer-reviewed articles on avian viral diseases. He received his veterinary degree from Auburn University in 1988 and his doctoral degree in veterinary microbiology from Iowa State University in 1995. He is a diplomate of the American College of Veterinary Microbiologists in both virology and immunology.

Dr. Joe Kinnarney, 2015-2016 AVMA president, chose the recipients of this award, which is for individuals or groups that have made a positive impact on health, veterinary organizations, or the profession. 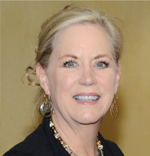 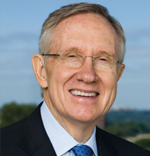 The Nevada senator was recognized for contributions to the veterinary profession, including co-sponsoring legislation that restored the rank of brigadier general to the chief of the U.S. Army Veterinary Corps. Beginning in 1946, the chief of the corps was a brigadier general, but that status was lost after the military downsized. With lobbying from the AVMA, Reid worked to include a provision in the defense authorization bill requiring that the chief of the Army Veterinary Corps hold the rank of brigadier general. Reid served in the U.S. House of Representatives from 1982-1986 and has served in the U.S. Senate since 1986. Since 2004, he has been the Senate Majority or Minority Leader. He has served as the chair or ranking Democratic member on several committees and subcommittees. 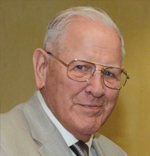 Dr. Tennyson was recognized for more than 26 years of service as an AVMA staff member and for service to the Student AVMA. Dr. Tennyson’s contributions to the AVMA included maintaining governance documents, acting as an adviser to staff and volunteer leaders, and providing support to councils and committees.

Dr. Kinnarney expressed gratitude for Dr. Tennyson’s role in influencing him to become involved in organized veterinary medicine. Dr. Tennyson joined the AVMA staff in 1977 as director of the Membership and Field Services Division.

He served in that role until his appointment as assistant executive vice president in 1996. He retired from the AVMA in 2004. Prior to joining the AVMA, Dr. Tennyson served in the U.S. Air Force from 1958-1970 and spent three years as a mixed animal practitioner and part owner of a veterinary practice in Vermont. He earned his veterinary degree from the University of Pennsylvania in 1974.