The AVMA House of Delegates will consider a resolution to revise the AVMA policy “Free-roaming, Owned Cats” during its regular annual session, Aug. 4-5 in San Antonio.

The AVMA Animal Welfare Committee proposed the revisions as part of the five-year policy review cycle, and the AVMA Board of Directors referred the proposal to the House with a recommendation for approval. 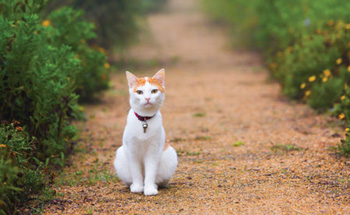 “The AVMA encourages veterinarians to educate clients and the public about the risks associated with allowing cats free-roam access to the outdoors. Keeping owned cats confined, such as housing them in an enriched indoor environment, in an outdoor enclosure, or exercising leash-acclimated cats, can minimize the risks to the cat, wildlife, humans, and the environment.

“Free-roaming cats may have a reduced life span and be exposed to injury, suffering, and death from vehicles; attacks from other animals; euthanasia; human cruelty; poisons; traps; and weather extremes.

“The natural hunting behavior of free-roaming cats results in wildlife species being pursued, injured, and killed. This behavior negatively impacts the prey animal’s welfare, and may have a negative effect on native wildlife populations and contribute to ecosystem disruption. Free-roaming increases the cat’s exposure to infectious, parasitic, and zoonotic disease.

“Microchipping facilitates the return of a lost cat to its owner. In addition, owners allowing their cats to roam freely may be in violation of local laws if the cat is not confined to its yard or walked with harness and leash.”

The statement about the resolution reads as follows:

“The policy was revised with consideration given to impacts on the welfare of freely roaming, owned cats, as well as the potential impact of these cats on wildlife and ecosystems.

“Acknowledging the history of this policy and revisions to it that have occurred over time, the revision is intended to respect concerns previously expressed about the policy’s impact on the keeping of ‘barn cats.’ The proposed revisions support the policy’s long-time focus on veterinarians educating clients and the public about the risks associated with allowing cats free-roam access to the outdoors, with the addition of potential risk mitigation strategies.

“Great effort was made to avoid being prescriptive. Instead options for management are provided, which veterinarians can choose to recommend based on their patients and communities. The suggested revisions address the importance of education related to the welfare of the cats themselves (risks associated with indoor and outdoor habitats and mitigation strategies for both), as well as the predator risks posed by freely roaming cats.

“The proposed revised policy represents a consensus statement with significant input from both the American Association of Feline Practitioners (AAFP) and the Association of Avian Veterinarians (AAV).”

Proposals going to the House of Delegates are available here.

Members of the AVMA can find contact information for delegates here.