In human medicine, generic drugs accounted for 88 percent of prescriptions dispensed in the United States as of 2014. Currently, generic animal drugs account for only a small percentage of the drugs that the Food and Drug Administration has approved for cats and dogs.

“In the time that I’ve been practicing, a lot of the drugs that were brand-name when I first came out are now available in generics,” said Dr. Bruce Coston, who earned his veterinary degree from the University of Minnesota in 1987.

We’ve made a lot of changes in our prescribing practices, especially with our in-house pharmacy, because of the availability of generic drugs. It really dramatically decreases the costs to the clients when we can provide a generic product that in almost every case performs the same.

In 1992, Dr. Coston founded Seven Bends Veterinary Hospital in Woodstock, Virginia. He said, “We’ve made a lot of changes in our prescribing practices, especially with our in-house pharmacy, because of the availability of generic drugs. It really dramatically decreases the costs to the clients when we can provide a generic product that in almost every case performs the same.”

Dr. Coston, who is a member of the AVMA Council on Biologic and Therapeutic Agents, said his practice uses generic animal drugs in categories such as antimicrobials and nonsteroidal anti-inflammatory drugs as well as cardiac drugs such as furosemide. The practice manager recently brought to his attention that a 500-count bottle of 20 mg furosemide tablets cost $93 for a brand-name product and $9 for a generic.

The availability is sometimes spotty for generic animal drugs, Dr. Coston noted. He said, “They’ll be available at one time, and then the next time that we go to order them, they’re either unavailable or the price has changed dramatically. But that is kind of the run of the mill for all of the drugs that we stock.”

“They are filling their shelves with generics for just about everything that they can,” Dr. Goodnight said. Examples of generic animal drugs are carprofen and meloxicam. “What I see driving them is the ability to save money for the client.”

Brakke and Trone Brand Energy Inc. released the Pet Pharmaceutical Market Study in April 2015. Part of the study addressed generic drugs. In a survey of 785 pharmacists in human medicine, 88 percent who received a prescription for a brand-name pet medication would recommend a generic for the pet owner’s consideration, if a generic equivalent were available.

“The laws have changed to make it a little easier now to get approval of generics,” Dr. Goodnight said. “It’s a quicker process now, but it’s still a process to go through the FDA and get your drug approved as a generic. You still have to meet certain requirements, and there’s a cost associated with it.” 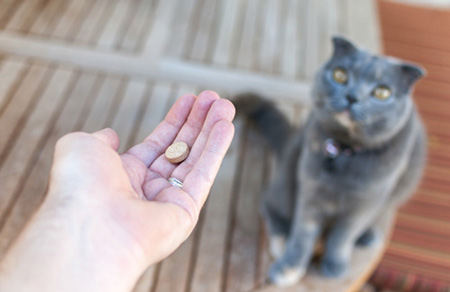 Dr. Goodnight said, “As a rule, some veterinarians prefer brand names only.” He believes these veterinarians trust companies with which they have a history.

Flea and tick products are regulated by the Environmental Protection Agency but also have generic versions. Dr. Goodnight said the brand-name versions still dominate the U.S. market because of new technologies, such as new delivery methods. A company might lose a patent on a molecule but not the method of delivery.

Dr. Goodnight expects the market for generic animal drugs to grow. He said, “There is absolute demand for it from the practitioner, and ultimately that’s what drives it.”

In human medicine, prescriptions for generic drugs accounted for only 28 percent of U.S. drug spending in 2014, even while accounting for 88 percent of prescriptions dispensed. Both figures come from the 2015 edition of “Generic Drug Savings in the United States,” compiled on behalf of the Generic Pharmaceutical Association by the IMS Institute for Healthcare Informatics.

The Federal Trade Commission explored the topic of generic animal drugs for cats and dogs in the 2015 report “Competition in the Pet Medications Industry: Prescription Portability and Distribution Practices.”

The report cites distribution practices as one of the factors affecting development of generic animal drugs. According to the report, “Some generic manufacturers claim that at least some pioneer drug manufacturers are impeding competition from generic entrants by entering into exclusive dealing agreements with distributors that prohibit them from also distributing generic drugs that might be substituted for their own branded products.”

Back at Seven Bends Veterinary Hospital, Dr. Coston hasn’t had any clients object to a generic drug, because they are very aware of the savings. And clients do ask about a generic when one isn’t available.