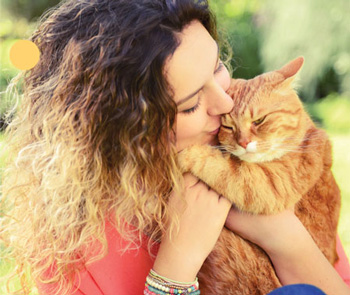 Owners of cats on diets reported that the cats actually displayed more affection than before the diet, according to a study in the January-February issue of the Journal of Veterinary Behavior.

Many of the cats also had intensified appetitive behaviors such as begging, following, meowing, and pacing before each meal. The cats did not begin to beg earlier before each meal, however.

Researchers at the Cornell University College of Veterinary Medicine and Hill’s Pet Nutrition published these findings in “Owner’s perception of changes in behaviors associated with dieting in fat cats” (J Vet Behav 2016;11:37-41).

“Owners tend to anthropomorphize their cats and, therefore, are afraid to reduce the cat’s food intake because they think the animal will become vindictive,” according to the report. “It should be easier to convince owners to put their cats on a reducing diet, if the owners know that the cats will not snub them for it or exhibit undesirable behaviors.”

The study involved 58 obese cats on one of three equal-calorie diets: a high-fiber diet, a control diet formulated to maintain weight in adult cats, or a low-carbohydrate and high-protein diet. The type of diet did not affect appetitive or satiated behaviors.

The study is available here (PDF).