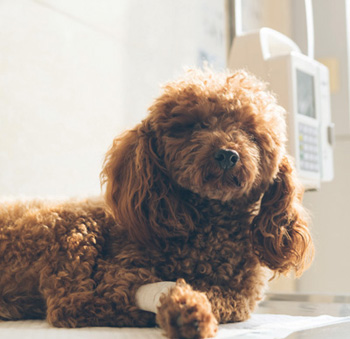 As common as kidney disease is in companion animal practice, many practitioners in the U.S. may not be aware that there are guidelines on diagnosing and treating it.

Dr. Larry D. Cowgill, who sits on the board of the International Renal Interest Society, which sponsors the guidelines, said, “All the kidney literature now would probably describe patients on the basis of IRIS staging guidelines, but if those papers aren’t in the literature that general veterinarians are reading—and they’re often in the specialty journals—then they may not be exposed to (the guidelines).”

IRIS was created in 1998 with funding from Novartis Animal Health. Its mission is to help veterinary practitioners better diagnose, understand, and treat renal disease in cats and dogs. The guidelines became one of the board’s first priorities.

“What drove the guidelines was the perception by the board that veterinarians really didn’t quite understand how to evaluate the laboratory testing for kidney disease, and clearly, kidney disease was being recognized very, very late in its course,” Dr. Cowgill said.

The guidelines have gained a degree of exposure in the U.S. through board members’ influence in the publishing and teaching arenas and the American Society of Veterinary Nephrology and Urology’s sanction of the document.

These are living recommendations, Dr. Cowgill said. “They were created empirically but established on the basis of evidence when available.” Each year, the board reviews the guidelines in total, and any revisions are based on clinical evidence in the published literature.

Such was the case with three important revisions in 2014 and 2015. These are posted on the IRIS website but were not integrated into the online guidelines at press time.

By way of background, the guidelines state that staging of a patient with chronic kidney disease should initially be based on fasting blood creatinine concentrations, assessed at least twice when the patient’s condition is stable. A substage should then be assigned depending on systemic blood pressure measurements and whether proteinuria is present.

“We now have other means of looking at earlier impacts of blood pressure on these target organs, and my suspicion would be that these (blood pressure) targets will drop in the near future,” he said.

In the second change, IRIS recommended that patients with IRIS stage 1 chronic kidney disease and persistent proteinuria (urine protein-to-creatinine concentration ratio ≥ 0.5 for dogs or 0.4 for cats) not only be monitored and thoroughly examined but also receive standard treatment for proteinuria as currently recommended for IRIS CKD stages 2 to 4. This parallels the IRIS consensus statement on standard treatment for glomerulonephritis.

The conditional addition of symmetric dimethylarginine as a renal biomarker to the staging guidelines was the third change. Idexx Laboratories developed an assay for measuring SDMA concentration in serum or plasma, and last July its reference laboratories began automatically including this test with all chemistry panels, at no additional charge.

“With SDMA, there was new information to suggest it might be an adjunct or might serve a complementary role to serum creatinine, which is the major diagnostic in the algorithm, in the future. We reviewed all the literature on SDMA and provisionally included SDMA in the guidelines,” Dr. Cowgill said.

With SDMA, there was new information to suggest it might be an adjunct or might serve a complementary role to serum creatinine.

Dr. Larry D. Cowgill, board member, International Renal Interest Society, on the addition of symmetric dimethylarginine to the IRIS guidelines

Up to now, serum creatinine concentration has been the best benchmark for recognizing kidney disease, he said, adding, “Creatinine clearly has its warts.” He said most veterinarians take the number at face value without looking at it in context, which does not give the entire story.

Dr. Roberta Relford is chief medical officer for Idexx Laboratories and developed its Companion Animal Group Medical Organization. Her role has included determining whether the test has clinical applicability in dogs and cats.

One of the challenges with creatinine is that its serum concentration is dependent on muscle mass because creatinine is a byproduct of muscle. “In the well-muscled animal, it can actually make you think kidney disease is present when it isn’t. In the skinny animal, it can miss it because there’s not enough muscle to produce creatinine and for it to build up in the system,” she said.

Serum SDMA concentration is not dependent on muscle mass and can increase much earlier than creatinine concentration when disease is present, even before clinical signs, Dr. Relford said. “With creatinine, you have to lose about 75 percent of kidney function before it’s going to go outside the reference interval.” Idexx has been able to show with independent studies that SDMA can increase when, on average, 40 percent of kidney function is lost. She noted that SDMA’s lack of dependence on muscle mass may help veterinarians identify kidney disease in patients that are articularly thin.

Acceptance into the IRIS guidelines is a very good stamp of approval, she said.

But the ultimate question is still whether the SDMA test will improve clinical outcomes.

Dr. Cowgill said, “We have some information to suggest that SDMA (concentrations) are associated with outcomes. There is literature out there to stratify patients on the basis of IRIS classification, and outcomes are correlated with these IRIS classifications.” He suspects that similar information will become available on SDMA as well.

According to Dr. Relford, detecting decreased kidney function earlier with the SDMA test could potentially allow veterinarians to identify and treat any underlying causes before the disease progresses.

A rolling enrollment in the Idexx SDMA test trial began in spring 2015. Through Jan. 31, 2016, Idexx reference laboratories had tested 1,958,617 samples, and 87,878 dogs and 97,023 cats were found to have high SDMA concentrations with serum creatinine concentrations within the reference range.

Dr. Relford said that Idexx now has one of the largest databases on serum SDMA concentrations in dogs and cats of all ages and breeds.

“We will continue to produce case studies and white papers,” she said. “In addition to the data, Idexx will be reaching out to veterinarians in retrospective studies to determine the various types of kidney disease they are finding, therapies being used, and outcomes. Some companies could use SDMA in prospective studies to look at the longevity associated with their specific therapies.”

Idexx will continue including the test in chemistry panels at no extra cost.

To emphasize the concept of acute kidney injury as a continuum, IRIS recommends that it be graded to accurately characterize the severity of the disorder. The grading scale for dogs and cats is based on fasting blood creatinine concentration and clinical parameters such as urine output.

Dr. Cowgill led the grading system’s development, and the board adopted it provisionally in 2012 and finally in 2013. The board is now seeking feedback from American and European veterinary nephrology and urology societies and from the broader veterinary community.

Eventually, the board intends to expand the guidelines to include recommendations for diagnostic testing for AKI and for treatment and monitoring of affected animals.

Dr. Cowgill and another board member, Dr. David Polzin, a professor at the University of Minnesota College of Veterinary Medicine, were co-chairs of a major project over the past nine years, the World Small Animal Veterinary Association Renal Standardization Project. This led to the IRIS Canine Proteinuria Consensus Project, which provided diagnostic and treatment guidelines for glomerular diseases in dogs.

Given the vast amount of new information, IRIS brought together groups of experts who developed best practices guidelines. Those recommendations were published as a supplement to the November/December 2013 issue of the Journal of Veterinary Internal Medicine and are linked on the IRIS website.

Applying the guidelines in practice

Sponsorship of the IRIS board and website transitioned to Elanco when it acquired Novartis. “Elanco is a U.S.-based company, and our expectation is with that foundation there will be greater recognition of the actions and the activities of the IRIS board in the United States,” Dr. Cowgill said.

The IRIS board assembles each year, alternating between the U.S. and Europe. On the standing agenda is review of the diagnostic and treatment guidelines. Any revisions are not only posted on the IRIS website but also often incorporated into timely literature pieces.

Though the IRIS guidelines have been adopted in the scientific literature, their degree of recognition in general practice is not known. Dr. Cowgill thinks most veterinary schools are teaching nephrology on the basis of the guidelines, yet even newly licensed veterinarians who are familiar with them may not integrate them in daily practice. That is something IRIS hopes to change.

“We’re also very deep into trying to develop and get approved a subspecialty in veterinary nephrology and urology under the American College of Veterinary Internal Medicine because we now feel that the advanced practice of nephrology extends beyond even the capability of boarded internists, and clearly it becomes beyond the capability of a lot of general practitioners at its more advanced level,” Dr. Cowgill noted.