Dogs infected with the H3N2 canine influenza virus may need to be isolated at least three weeks to prevent spread to naive dogs.

Dr. Sandra Newbury, director of the Shelter Medicine Program at the University of Wisconsin-Madison School of Veterinary Medicine, recommends at least 21 days of quarantine for dogs infected with the virus, which emerged in the U.S. in spring 2015 and was responsible for outbreaks in Chicago and Atlanta. 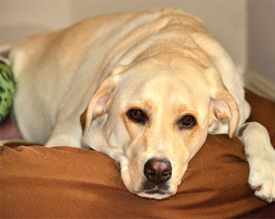 The H3N2 virus has spread to at least half of U.S. states, with infections clustered in population centers throughout the country, according to a map from the Cornell University Animal Health Diagnostic Center. The center, citing information compiled from university laboratories and Idexx Reference Laboratories, has published data indicating the number of positive results for the H3N2 virus spiked in March and April during the outbreak in Illinois, declined through early May, and rose again in mid-June during the Georgia outbreak that peaked in mid-July before declining through August. Precise figures on number of positive results were unavailable at press time.

Dr. Newbury, whose program works with animal shelters in the Chicago area, said infections seem to have declined in shelters and among pets, but some shelters also lack money to continue testing for the virus.

Dr. Keith Poulsen, diagnostic case and outreach coordinator for the Wisconsin Veterinary Diagnostic Laboratory at the UW-Madison, recommends testing of dogs with respiratory signs to determine whether an influenza virus is present and, if so, which one is causing the illness. He said this approach will help veterinarians know which vaccines are needed in their communities and how long dogs with signs of illness should be kept away from dog parks or boarding facilities.

“The shedding period is longer, and it’s worth knowing whether you have a circulating strain or if this is a new strain,” he said.

The Department of Agriculture has given pharmaceutical makers Merck Animal Health and Zoetis conditional licenses for vaccines against the H3N2 canine influenza virus. Joelle Hayden, a spokeswoman for the USDA Animal and Plant Health Inspection Service, said in a message that the companies have provided the agency data supporting the vaccines’ safety and efficacy and will work toward full approval.

Conditional licenses are given in response to special circumstances such as emergencies, limited markets, and local needs, she said.