UK leads by example when it comes to wellness

As the U.S. veterinary medical profession grapples with how to measure and address the prevalence of mental illness and distress among practitioners, it might be well-served to look at what its peers across the pond are doing. The U.K. not only has done more research in this area but also offers a bevy of professional wellness and support services to veterinarians.

The U.K. veterinary profession became aware of the magnitude of its wellness problems in the early 1990s. That’s when the Office for National Statistics first published proportional suicide rates for various occupational groups. The results showed that among male veterinarians, the suicide rate was about three times that of the general male population in the U.K. For female veterinarians, the figure was also significantly elevated.

Dr. Bartram soon became involved in research into mental health and well-being among veterinary professionals. He had four hypotheses to explain the high suicide risk among U.K. veterinarians:

He says the latter two of the four hypotheses have the most supporting evidence. 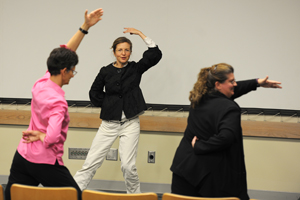 Numerous studies have shown ready access to and knowledge of lethal means has been a proven contributor to suicide rates, Dr. Bartram said. In one study, Drs. Bartram and David Baldwin found U.K. veterinarians most commonly use self-poisoning as a means of suicide, with barbiturates as the method of choice. Deliberate self-poisoning accounted for 76 percent of suicides in male veterinarians and 89 percent in female veterinarians, compared with the rates of 20 percent for men and 46 percent for women in the general population.

Dr. Bartram said there’s not enough evidence, however, to confirm that veterinarians’ personality traits confer vulnerability to suicidal thoughts, and in fact, there’s some evidence that refutes this.

“A comparative study of the mental health and well-being of different professional student populations,” not yet published, analyzed University of London students of veterinary medicine, pharmacology, medicine, and law. The results showed veterinary students had the lowest mean perfectionism scores, significantly lower than those of pharmacology and law students. And contrary to expectations, Dr. Bartram said, law students experienced greater psychological distress and mental illness than other professional student populations.

Dr. Bartram also says “the jury’s still out” on the effect of familiarity with animal euthanasia on suicide rates.

“Some publications say that yes, it is a factor, but more recently, another publication out of Australia showed the contrary, that familiarity with euthanasia led to less permissive attitudes toward suicide. Researchers said that those exposed recognized how permanent the outcome was and how distressing euthanasia was on people around them,” Dr. Bartram said.

In the U.K., veterinary professionals have access to a comprehensive range of interventions, including support for vulnerable practitioners, with an increasing reliance on online assistance, according to Dr. Bartram. Over the years, what has worked is a multiagency approach with central coordination and financial resources from several organizations. Data collection and monitoring, too, are key to the efforts, he said.

The main organization has been VetLife, formerly known as the Veterinary Benevolent Fund, established in 1978. It’s an independent charity that provides free and confidential support to the veterinary community through its Vet Helpline, a health support program, and a fund for financial support. Annual expenses are about £420,000 ($642,678).

The help line had 515 calls and emails from October 2014 to September 2015; emails represented about half the contacts, even though that function has been in place only for two years.

“Email is really taking off, and we were quite surprised by that. We’re pleased we introduced it. Many who emailed said they would never contact by phone,” said Dr. Bartram, who was director of VetLife from 2008-2014. He said most of the contacts with the help line are employment-related, while stress is second and professional conduct is third.

VetLife’s Veterinary Surgeons’ Health Support Programme provides collaborative care for mental health disorders by working with the veterinarian and employer as well as a crisis team, if necessary. It provides confidential advice and treatment, incorporating advice over the phone, one-on-one counseling, referral for inpatient treatment, and local support groups. The program has 200 ongoing cases; 86 were new patients in 2014 compared with 42 new patients in 2013.

Dr. Bartram said the program works with the Royal College of Veterinary Surgeons. That way, a complaint against a veterinarian cannot be automatically escalated to a full Disciplinary Committee hearing if mental health may be a mitigating circumstance. Instead, these veterinarians can be given mental health support.

“We try to get them well, and when that happens, quite often the disciplinary issues are resolved,” he said.

The most frequent conditions seen in program patients over time are mood disorders (72 percent) and alcohol abuse (25 percent), but many have multiple diagnoses. Sixty-two percent of patients are female, and 40-49 is the most common age bracket.

In fact, the RCVS revised its Health Protocol in 2010 to allow those who suffer from health concerns affecting their ability to practice safely, including mental health concerns, to have the matter dealt with confidentially, without going to a full public Disciplinary Committee hearing.

In December 2014, the RCVS launched its Mind Matters Initiative. It seeks to increase the accessibility and acceptance of support, “encouraging a culture that is better equipped to talk and deal with stress and related mental health issues, and, ultimately, helping to reduce such triggers within the profession,” according to its description. Mind Matters is supported by a task force comprising eight veterinary organizations that represent students, schools, veterinarians, veterinary nurses, and practice managers in the U.K., a task force on which Dr. Bartram is a member.

At the veterinary student level, each of the eight U.K. veterinary schools offers peer support programs in some fashion. Liverpool was the first to start its program, six years ago. There, all peer supporters have undergone 30 hours of training in professional counseling. Once trained, peer supporters work and are supervised in groups. In cases where a peer supporter has particular concerns about a student, confidentiality is widened between the peer supporter and the supervisor.

“Peer support creates and demonstrates a strong sense of caring and supportive community. In this, students learn to support each other in safe and effective ways, while also learning to respect and care for themselves,” Dr. Bartram said.

Finally, the British Veterinary Association started the Young Vet Network to provide additional support and services to members in their final year and first eight years after graduation. Benefits of being part of the network include regular meetings sorted by region, attendance at which counts toward continuing education; free personal accident insurance and professional guidance; and an online discussion forum.

“I wouldn’t like you to regard our services as a paragon, because there’s lots of issues still in the U.K., and we can improve what we’re doing,” Dr. Bartram said, adding that it’s a start.