During the AVMA Annual Convention this July in Boston, the AVMA gave awards to a number of individuals and two organizations to recognize excellence in veterinary medicine.

This award recognizes an AVMA member or nonveterinarian for advancing the AVMA legislative agenda and advocating on behalf of the veterinary profession.

Dr. Bishop (Ohio State ’65) is a companion animal practitioner in Carmel, California, and a member of the AVMA Board of Directors.

In addition to his involvement within his state veterinary medical association, Dr. Bishop was an active member of the AVMA House of Delegates for 18 years. He served on the AVMA Political Action Committee board for six years and as board chair for three years. He also served six years on the AVMA Legislative Advisory Committee, where he was instrumental in advancing the Association’s legislative portfolio.

This award recognizes an AVMA member for achievements in advancing the welfare of animals. 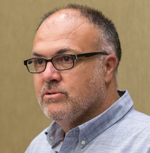 Dr. Peralta (University of Zaragoza ’88) is a professor of animal welfare and veterinary ethics at Western University of Health Sciences College of Veterinary Medicine in Pomona, California. In his career, he has developed courses on animal welfare and ethics at Cornell University and has contributed internationally to guidelines for the care and welfare of research and farm animals. He is a charter diplomate of the American College of Animal Welfare and a diplomate of the European College of Animal Welfare and Behavioural Medicine.

This award recognizes a nonveterinarian for achievements in advancing the welfare of animals. 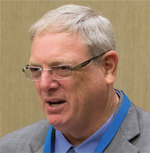 Dr. McGlone is a professor of animal science at Texas Tech University, where he oversees animal care programs and leads the Laboratory of Animal Behavior, Physiology, and Welfare. He is also director of the university’s Pork Industry Institute and its Institute of Comparative and Experimental Medicine.

Dr. McGlone’s research interests are in the science of animal welfare ranging from appropriate housing and production systems for pigs to brain and immune mechanisms underlying stress. He has been a leader with the Association for Assessment and Accreditation of Laboratory Animal Care International.

This award recognizes an AVMA member for outstanding public service or contributions to public health and regulatory veterinary medicine. 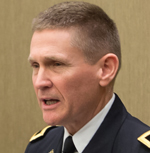 Dr. Poppe (Washing­ton State ’86) is chief of the U.S. Army Veterinary Corps and deputy chief of staff for public health for the Army Medical Command. He has risen through the officer corps to the rank of brigadier general, a rank rarely achieved by veterinarians serving in the U.S. military. His military tours have taken him around the U.S. as well as to Turkey and South Korea. He has also provided veterinary support during deployments in Iraq, Bosnia, Kosovo, Uzbekistan, and Afghanistan and assisted with the Department of Agriculture’s Avian Influenza Task Force in Virginia. He is a diplomate of the American College of Veterinary Preventive Medicine.

This award recognizes an AVMA member who has contributed to international understanding of veterinary medicine. 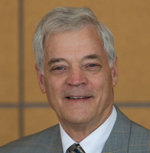 Dr. Wollen (Kansas State ’72) spent 20 years with Bayer HealthCare in its Animal Health Division before moving into nongovernmental organizations. He worked in Armenia for the United Methodist Committee on Relief, in Asia and the United States for Heifer International, and primarily in Africa for the Global Health Fellows program in the Office of U.S. Foreign Disaster Assistance, which is the disaster response arm of the U.S. Agency for International Development. He retired in 2014 but still serves assignments to strengthen livestock practices in developing countries.

Dr. Ted Cohn, 2014-2015 AVMA president, chose the recipients of this award, which is for individuals or groups who have made a positive impact on health, veterinary organizations, or the profession.

The U.S. Army Veterinary will turn 100 next year, having been formally established by Congress in 1916. The corps is composed of over 800 veterinarians on active duty or in the Army Reserve. The corps accomplishes broad functions in food safety and defense, animal care, veterinary public health, and research and development.

Tuskegee University School of Veterinary Medicine admitted its first class in 1945. It is the only veterinary school at a historically black university and has graduated about 50 percent of the nation’s black veterinarians.

The school is part of the College of Veterinary Medicine, Nursing, and Allied Health, which combines animal and human health in a one-health approach. 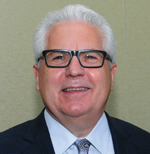 Since 2000, Johnson has served as the executive director of the Colorado VMA and the Denver Area Veterinary Medical Society. In 2002, he was instrumental in creating CVMA’s charitable foundation, PetAid Colorado. As its executive director, he leads efforts to fulfill PetAid’s mission of providing a health care safety net for pets.

He is on the boards of the CATalyst Council, Partners for Healthy Pets, and other organizations. He has served on AVMA entities, most recently as chair of the Task Force on Governance and Member Participation, and is a past president of the American Society of Veterinary Medical Association Executives.