About 40 percent of dog and cat foods tested in a recent study may have contained meats different from those listed on the product labels. 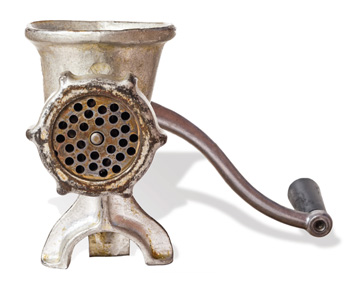 Pet food industry officials expressed doubt that the test results are a reflection of accuracy of pet food labeling in general.

Rosalee S. Hellberg, PhD, one of the investigators for the study and an assistant professor in the Food Science program at Chapman University in Southern California, said she had seen little prior research on pet food misbranding. In contrast, several studies have examined misbranding of foods—particularly seafoods—intended for human consumption.

The pet food study was, in part, a response to Europe’s 2013 horse meat scandal, which involved burgers and lasagna meat sold as beef. That led to product testing in 27 countries, with horse DNA found in about 5 percent of products labeled as containing beef, according to the European Commission.

In another article, published in 2012 in Petfood Industry, Laura K. Allred, PhD, wrote that mislabeling usually is unintended, resulting from formulation mistakes or mislabeling by suppliers. Her article indicates ELISA testing found 10 of 21 commercial dog foods contained species that were not declared on the label or were missing species that were declared.

The article goes on to suggest that mislabeling can be prevented, in part, by requiring documentation of sources from suppliers and testing raw materials as well as by training employees to prevent product cross-contamination.

Our food safety and food defense systems catch harm, catch illnesses or deaths. And with a lot of food fraud, no one gets sick.

Mislabeling can result from sloppy operations as well as fraud, said John W. Spink, PhD, director of the Food Fraud Initiative at Michigan State University. Economic-related mislabeling usually is a lower priority for public health agencies than illegal activities that carry an acute risk of harm to public health.

“Our food safety and food defense systems catch harm, catch illnesses or deaths,” he said. “And with a lot of food fraud, no one gets sick.”

The Food and Drug Administration focuses resources first on concerns of public and animal health, including on label verification, said Dr. Martine Hartogensis, deputy director of the FDA Center for Veterinary Medicine’s Office of Surveillance and Compliance. But the agency would take action on any mislabeling it discovered.

She noted that undeclared ingredients can be allergy concerns, but that absence of a listed ingredient is a problem as ell.

In another study, authors in Italy and Belgium (J Anim Physiol Anim Nutr 2013;97 [suppl 1]:32-38) found ingredients from unexpected species in 10 of 12 dry, limited-antigen canine diets. Test results showed the presence of undeclared species of birds, fish, and mammals, and 10 of the diets “were unsuitable for use in diagnostic food elimination trials.”

FDA officials are using DNA bar coding technology—examining standardized gene regions for species identification—to identify species in foods, particularly seafoods, and are interested in validating labeled contents of foods as the technology becomes more accessible, Dr. Hartogensis said. The efforts with seafood are part of a massive project to combat fraud, as previous DNA testing on 174 lots of fish from April 2012 to September 2013 indicated 15 percent were mislabeled.

For now, the FDA addresses product labeling concerns case by case, said spokeswoman Megan Bensette, who cited as an example a 2011 warning letter sent to a Wheeling, Illinois, pet food company accused of replacing lamb with beef in one product and falsely claiming inclusion of duck in another.

During an investigation into dog and cat illnesses, the FDA also found no tilapia in two jerky-type treats labeled as containing the fish, she said. And the agency tests cattle foods for the presence of mammalian protein as part of its efforts to prevent infection with bovine spongiform encephalopathy.

A 2011 Government Accountability Office report states, in part, that globalization is complicating the FDA’s task of ensuring safety by increasing the variety, complexity, and volume of imported food and drugs, and more-complex supply chains are increasing the difficulty of tracing ingredients to their sources.

Dr. Hartogensis said it is important to note that PCR assays are qualitative, indicating the presence or absence but not the quantity of proteins. Minute amounts of cross-contamination during production, for example, might be detected by assays but may not be concerning.

Tara A. Okuma, co-author of the Chapman study, said the PCR assay used in the study could detect meat species amounting to 1 to 5 percent of each sample, depending on the product and species, and she noted that the meat species listed at the top of product ingredient lists should be present at far higher concentrations. She also said the study included controls against cross-reactivity.

Pat Tovey, director of technology and regulatory compliance for the Pet Food Institute, said pet food companies take great care to formulate products that will help animals live long and healthy lives and to give customers what they want, and he expressed doubt those companies would risk their reputations through fraud. He said the industry collaborates with the FDA and the Association of American Feed Control Officials, the latter of which develops voluntary standards and policies for animal foods.

Tovey said the Chapman University investigators appeared to use good materials and methods, but he questioned whether some products tested could have contained amounts of labeled species sufficient to comply with federal regulations and state rules, yet have remained below the detection limits.

For example, beef needs to make up only 3 percent of a dog or cat food labeled as “with beef” to comply with AAFCO rules, but in some instances, beef may have to make up 5 percent of a sample to be detected.

The article states that beef was listed on the label but was undetected in four products with possible missing ingredients.

It was the first or second ingredient in three,“ suggesting that detection should have been possible if the species was indeed present,” according to the article.

Okuma also said that assays had 1 percent minimum detection limits for turkey in two of the three products in which turkey meat was on the label but went undetected, and the third had a detection limit range of 1 to 5 percent.

As for species found in food but not on the labels, Tovey said the tests could have detected low amounts of animal digests added without need for species identification.

Dr. Spink also noted that DNA is destroyed in cooking, which can interfere with study results.

“Our member companies want to comply with the regulations, and we feel that it’s important and  companies feel it’s important that customers buying the products get what they’re paying for,” he said.

Stan Cook, chair of the pet food committee of AAFCO, said the association and state feed program operators know about the Chapman study, and he expects increased surveillance to protect consumers. But he said the extent of product mislabeling is difficult to determine.

State laws include provisions to protect against mislabeled products, and states that follow the AAFCO model give control officials authority to review production records from feed producers, stop the sale of mislabeled items, and seek civil penalties, Cook said.

Dr. Spink noted that the FDA has been implementing mandatory health-related preventive controls under the Food Safety Modernization Act, and he thinks similar efforts—particularly those requiring monitoring and efforts to reduce risk in supply chains—could help ensure that the ingredients added to a food match those on the label. Food makers also can take direct efforts against fraud by suppliers by testing for contamination.

Retailers and sellers often set higher product standards than do regulations, Dr. Spink said, and he expects the food retail industry’s Global Food Safety Initiative will include information on food fraud in a guidance document and a procedure manual, both expected in 2015.

The retail food industries are starting to implement countermeasures to not only detect mislabeled foods but also vulnerabilities to fraud.