The first successful vaccination of deer against chronic wasting disease is reported in the journal Vaccine, (Vaccine 2015;38:726–33), posted online in advance of print Dec. 21, 2014. 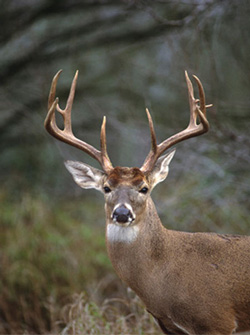 Researchers say the breakthrough may not only protect U.S. livestock against CWD but may also shed new light on human diseases suspected of being caused by prion infections, such as Creutzfeldt-Jakob disease, kuru, familial insomnia, and variably protease-sensitive prionopathy. Some studies also have associated prionlike infections with Alzheimer’s disease.

Should further vaccine experiments prove successful, Dr. Wisniewski believes as little as 10 percent of a cervid herd would need to be inoculated to induce herd immunity.

For the study, five deer were given the vaccine; another six were given a placebo. All the deer were exposed to prion-infected brain tissue. They also were housed together, engaging in group activities similar to those in the wild. Scientists say this kept them in constant exposure to the infectious prions.

Deer receiving the vaccine were given eight boosters over 11 months until key immune antibodies were detectable in blood, saliva, and feces. The deer also were monitored daily for signs of illness, and investigators performed biopsies of the animals’ tonsils and gut tissue every three months to search for signs of CWD infection.

Within two years, all the deer given the placebo had developed CWD. Four deer given the vaccine took substantially longer to develop infection, while the fifth animal was infection-free at the time of the report’s publication.

Dr. Wisniewski and his team made the vaccine using Salmonella bacteria to mirror the most common mode of natural infection—ingestion of prion-contaminated food or feces. The team inserted a prionlike protein into the genome of an attenuated Salmonella bacterium, which produced anti-prion antibodies.

“Although our anti-prion vaccine experiments have so far been successful on mice and deer, we predict that the method and concept could become a widespread technique for not only preventing, but potentially treating, many prion diseases,” said lead study investigator Fernando Goni, PhD, an associate professor at NYU Langone.