F​ederal regulators warned that three cattle-use reproductive hormone products sold in the U.S. are unapproved, and it is now illegal to import or market them. 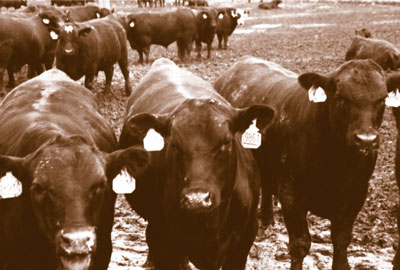 The Food and Drug Administration announced Dec. 10, 2014, that the agency will block importation and seize shipments of the following three follicle-stimulating hormone products used to induce superovulation for embryo transfer: Stimufol, Ovagen, and Pluset. They are products of Reprobiol Sprl in Belgium, South Pacific Sera Limited in New Zealand, and Laboratorios Calier S.A. in Spain, respectively.

In letters to veterinarians in cattle practice, the FDA noted that one follicle-stimulating hormone product, Folltropin, was approved for use in cows in July 2014.

The FDA Center for Veterinary Medicine had allowed importation of unapproved follicle-stimulating hormone products starting in 1997 because approved drugs were no longer available, according to JAVMA archives. The absence of such drugs created a near emergency for the cattle embryo transfer industry, and the CVM indicated at the time that veterinarians could import such products until approved products again were available.

In the December 2014 announcement, the FDA said unapproved products may not meet the agency’s safety and effectiveness standards.

“Drug companies that make and sell these unapproved animal drugs also unfairly compete against drug companies that invest the time and financial resources to develop the necessary data for FDA review and approval,” the announcement states.

Dr. M. Gatz Riddell, executive vice president of the American Association of Bovine Practitioners, said AABP members specializing in embryo transfer indicated to him Folltropin already had most of the market for follicle-stimulating hormone products when the FDA issued the Dec. 10 notice.