Missourians have rights to farm, ranch

A recent change in Missouri’s state constitution could be used to fight laws that restrict agriculture practices, including those governing animal housing or ownership.

On Aug. 5, Missouri voters passed an initiative to amend the state constitution to add a statement that “the right of farmers and ranchers to engage in farming and ranching practices shall be forever guaranteed in this state.” It passed with 50.1 percent of votes in favor of the change. 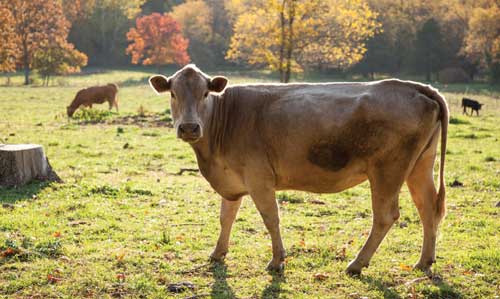 Attorney Erin M. Hawley, an associate professor at the University of Missouri School of Law, said the amendment leaves
undefined what farming and ranching practices are protected by the state constitution and who is considered to be a farmer or rancher. She considers the change in the constitution to be a somewhat symbolic endorsement of agriculture and said courts will decide whether it has teeth.

The amendment was proposed at least partly in response to a 2010 ballot proposition that imposed limits and requirements on dog breeders in Missouri.

“I think there was a big worry in the agricultural industry that something similar might take place with respect to livestock
standards,” Hawley said.

At that time, 52 percent of voters agreed to prohibit anyone from owning more than 50 breeding dogs for commercial purposes, impose a limit of two litters per breeding dog within 18 months, and require that dog breeders meet housing, veterinary care, and exercise requirements.

Six months later, Gov. Jay Nixon signed a bill that reduced the initiative’s impact, which included removing the limits on
breeding dogs and litters per dog and replacing specific housing requirements with general language about ensuring housing is appropriate. But Blake Hurst, president of the Missouri Farm Bureau, said the state’s farmers and ranchers remained vulnerable to ballot initiatives pushed by groups that want to restrict how livestock are raised or prohibit production of genetically modified crops.

“I don’t know whether the constitutional amendment would overturn that requirement,” Hurst said. “I would fully anticipate
that agriculture groups in the state would challenge a ballot initiative on constitutional grounds, using right-to-farm as
their basis.”

But Joe Maxwell, vice president for outreach and engagement for the Humane Society of the United States and a former Missouri lieutenant governor, expects individuals and corporations will use the amendment in court challenges to existing laws and regulations intended to protect animal and human health and welfare. He cited potential challenges to the remaining restrictions on dog breeding, felony penalties for animal cruelty, and county and local ordinances that prohibit agricultural development close to drinking water sources.

“I think it does dampen our ability to have clean drinking water in Missouri,” Maxwell said.

Hurst said local restrictions on where farm operations are placed—specifically, their proximity to homes—are the types of
local laws that he expects will not be challenged.
“That kind of legislation clearly is the sort of legislation that any industry would expect, and I don’t think the
constitutional amendment would reach that,” he said.

Maxwell and Hurst both indicated the law could reduce advocacy by groups opposed to current agriculture practices, as those advocates would not know whether any success could be blocked or overturned by a court.

Hawley expects local ordinances will be unaffected, and she noted that the state constitution cannot affect enforcement of federal regulations. As for state laws, she said courts could interpret which farming and ranching practices are protected by the amendment on the basis of which ones were commonplace when it was passed, but they will have discretion in applying the law.

One of many battles

Hurst said that, if state law were to prevent him from using genetically modified seed on his corn and soybean farm in
northwestern Missouri, yields would drop and production costs would rise. He thinks all those involved in agriculture,
including veterinarians, should speak out about the harm caused by rising food prices.

Maxwell said the right-to-farm amendment divided people in agriculture between those “who believe in good stewardship of the animals, the land” and those “who believe that, because they own it, they should be able to do that which they want.” And he sees it as one of many battles that will take place throughout the U.S.

The amendment is not the first such battle. In 2012, North Dakota voters passed a similar amendment, Constitutional Measure No. 3, with two-thirds of votes in favor of the measure. It states that farmers and ranchers will forever have a right to “engage in modern farming and ranching practices” in the state, and no law shall abridge the right to use agricultural technology, “modern” livestock production, and ranching practices.
Bovine
Canine
Poultry
Sheep/goats
Swine
Production medicine
State legislation & regulation