Veterinarians are likely to see more and more cases of accidental marijuana poisoning, particularly in states where the use of cannabis for human medicinal or recreational purposes has become legal, experts say. Nevertheless, support for cannabis’s potential as a veterinary drug is gaining ground.

The American Holistic VMA is the first, and so far only, veterinary organization that officially encourages researching the safety, dosing, and uses of cannabis in animals. 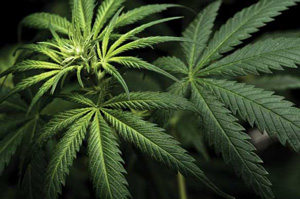 This July, the AHVMA adopted a position that states in part: “There is a growing body of veterinary evidence that cannabis can reduce pain and nausea in chronically ill or suffering animals, often without the dulling effects of narcotics. This herb may be able to improve the quality of life for many patients, even in the face of life-threatening illnesses.”

The AHVMA cautioned veterinarians to follow state and local laws regarding cannabis.

Twenty-three U.S. states and the District of Columbia have enacted laws allowing the use of medical marijuana. Colorado and Washington have also decriminalized recreational marijuana use. While marijuana use remains illegal under federal law, the Justice Department has signaled a willingness not to challenge states’ marijuana laws so long as they do not conflict with certain federal enforcement priorities.

Dr. Justine A. Lee, a diplomate of both the American College of Veterinary Emergency and Critical Care and American Board of Toxicology, expects marijuana poisoning will become a more common veterinary diagnosis.

She cited a study reported in 2012 in the Journal of Veterinary Emergency and Critical Care in which cases of marijuana toxicosis at two Colorado veterinary hospitals quadrupled over a five-year period during which the number of state medical marijuana registrations increased by more than 100 percent. Two dogs died after eating baked goods containing tetrahydrocannabinol, the active ingredient in cannabis, the study stated.

“Veterinarians do need to be aware of how to treat (marijuana poisoning) because it’s a growing toxicity that we are seeing,” Dr. Lee advised.

The typical marijuana overdose involves a dog that has accidentally consumed an owner’s drugs or food cooked with THC, according to Dr. Lee, a consultant for the American Society for the Prevention of Cruelty to Animals’ Animal Poison Control Center. Signs include incontinence, low or high heart rate, respiratory depression, and unconsciousness. Potential adverse effects include seizures, agitation, and pneumonia.

Veterinarians do need to be aware of how to treat (marijuana poisoning) because it’s a growing toxicity that we are seeing.

“Tetrahydrocannabinol has a relatively high LD50, so the likelihood that the dog is going to die from it is rare,” Dr. Lee explained. “But dogs develop clinical signs at very low doses, so they can become quite symptomatic quite early.”

As for anecdotal reports of cannabis successfully treating everything from pain and nausea to anxiety and allergies in cats, dogs, and horses, Dr. Lee doesn’t doubt THC possesses properties effective to treat some conditions in some animals. But the lack of scientific evidence prevents her from endorsing the drug’s use in veterinary medicine.

“We don’t know the therapeutic dose. We don’t even know its toxic dose,” Dr. Lee said.

Still, there’s a segment of the veterinary profession that believes cannabinoids can be an effective treatment when a patient isn’t responding to approved animal drugs. Until Dr. Doug Kramer’s untimely death in 2013, the small animal practitioner from California had been the most visible advocate for veterinary marijuana (see JAVMA, June 15, 2013).

Dr. Kramer was careful not to portray cannabis as a panacea and was well-aware that pets were being accidentally overdosed, sometimes with serious consequences. Like many of his counterparts in human medicine, Dr. Kramer wanted marijuana reclassified from a schedule I controlled substance to a less restrictive category so the therapeutic claims about the drug could be more easily studied.

Dr. Robert Silver, chief medical officer for a veterinary nutraceutical company, contacted Dr. Kramer early in 2013 after learning about Dr. Kramer’s interest in veterinary marijuana. “I actually felt like he was in the same place that I had found myself 25 years ago when I first learned about holistic modalities and how they can help our pets,” Dr. Silver recalled.

“I also felt like he could use some mentoring from me and offered that to him at that time. So we had a number of telephone conversations about cannabis, about his work, and also about what I’ve been doing in the animal nutraceutical realm,” he explained.

I believe that with impartial, objective information about cannabis, it will help to destigmatize the issue and allow for a more intelligent conversation about this very interesting and potentially valuable emerging therapy for people and their pets.

Dr. Silver has been studying the phytochemistry underlying the medicinal benefits of cannabis since 2006 when his home state of Colorado legalized the drug for medicinal use. He found several studies in which cannabis, usually injectable THC, had been given to dogs and cats. From this body of data, Dr. Silver says he’s identified potential starting points for experimental cannabis dosages for clinical applications in dogs and cats.

The literature shows dogs have the same endocannabinoid receptors that let humans benefit from the therapeutic effects of cannabis, Dr. Silver added. Dogs have a higher concentration of these receptors in the hindbrain, which is why they develop more severe neurologic effects, such as static ataxia, and need to be dosed with THC much more cautiously than other species do, he said.

Those findings are described in a paper Dr. Silver presented this September at the AHVMA annual conference.

“With this information, veterinarians can make a better-informed decision as far as whether to recommend, or not, the medicinal use of cannabis in their patients,” he said. “I believe that with impartial, objective information about cannabis, it will help to destigmatize the issue and allow for a more intelligent conversation about this very interesting and potentially valuable emerging therapy for people and their pets.”