The AVMA Executive Board during its April meeting voted to send four policies to the AVMA House of Delegates for it to consider at its upcoming annual session, July 24-25 in Denver, preceding the AVMA Annual Convention.

The first is a revised policy on “Pregnant Sow Housing” that was sent to the House so delegates may consider it along with another policy on the same topic that the Humane Society VMA will likely introduce. The board submitted the revised policy with a recommendation for approval.

The decision to revise the policy was spurred by AVMA Animal Welfare Committee discussions on decisions by pork processors, distributors, and retailers as well as actions taken by state and international governments and agencies regarding the use of stalls to house pregnant sows and corresponding requests for information and comments from the AVMA over the past two years.

During its fall 2013 meeting, the committee created a “perspective-balanced topical subcommittee,” with the AWC representative from the American Association of Swine Veterinarians as lead. The group made its recommendations during the AWC’s spring 2014 meeting, and the AWC subsequently voted to send the revised policy to the board.

The revised policy adds wording to clarify some points on research in this area and pig behavior in this type of housing. Regarding the latter, the revised policy states, “The AVMA encourages ongoing research to better understand and meet the welfare needs of gestating sows. Appropriate and ongoing training for people handling and working with pregnant sows is critical to ensure that they are able to provide and promote good welfare within the management system being used.”

The committee also added wording that says, “There are advantages and disadvantages to any sow housing system and the benefits and harms to the animals of each should be considered by weighing scientific evidence and veterinary professional judgment.”

Board Chair Thomas F. Meyer, District XI, stated at the April board meeting, “To my understanding, the wording in this policy has been a nice consensus compromise. It brought everyone to the middle of the road for now; it’s a workable policy that everybody at this point in time can hang their hat on. We could have approved this today in its form, and at the end of the day, we know we’d like to make this our policy, and we’re hoping the House can make this our policy.”

The board also sent another revised policy from the Animal Welfare Committee, this one on “Declawing of Domestic Cats,” to the HOD with a recommendation for approval. 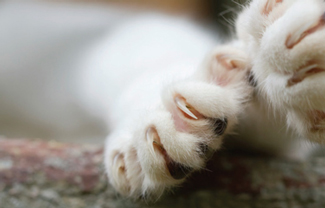 Substantive revisions being recommended include the following:

“Declawing is one of those situations where behavioral issues can become a welfare issue, in which owners have to address the scratching issues or the cat risks relinquishment,” she said. “This (policy) does not say you can’t declaw. It does say you need to give serious consideration to when it is or is not appropriate to do so.”

The board also referred to the HOD a revised policy on “Judicious Therapeutic Use of Antimicrobials” with a recommendation for approval.

In 2013, the AVMA Food Safety Advisory Committee began a review of the policy that included an examination of the judicious therapeutic antimicrobial use policies of the Association’s allied organizations.

The FSAC spent the past year updating the policy language to provide consistency and harmonization with other AVMA policies and with those of allied organizations, the committee explained in the recommendation background. The revisions also reflect current objectives, strategies, and needs related to the judicious use of antimicrobials by veterinarians.

The updated policy, the FSAC stated, provides appropriate guidance to veterinarians as well as messaging to stakeholders on the judicious therapeutic use of antimicrobials by veterinarians.

And finally, a revised policy on “Veterinary Dentistry” submitted by the AVMA Council on Veterinary Service was referred by the board to the HOD with a recommendation for approval. 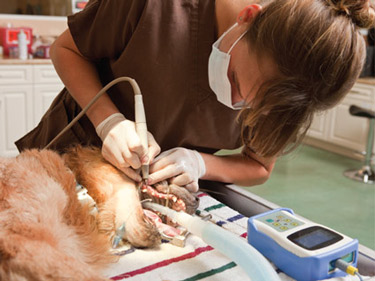 Revisions were made for clarity and to include language that addresses equine dentistry. The council sought input from the American Veterinary Dental College, the American Animal Hospital Association, and the American Association of Equine Practitioners in the process of reviewing this policy along with member input through the policy comment process and direct emails to staff.

According to the recommendation background, “Dentistry without anesthesia was considered during the review. The opinion of the council was that most invasive procedures should be performed on animals that have been sedated or anesthetized.”

Dr. Patricia Wohlferth-Bethke, an assistant director of the AVMA Membership and Field Services Division and staff liaison to the COVS, said the council has formed a subcommittee to investigate other methods of dentistry that are developing, such as those that do not require anesthesia, but indicated that the COVS felt strongly that this revised policy should still go forward as the subcommittee does its work.

Proposals going to the House of Delegates are available here.

AVMA members can find contact information for their delegates here