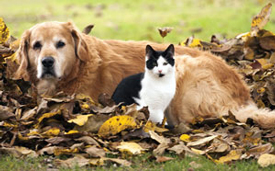 Dr. Graham is the immediate past president of the American Heartworm Society, and he said that presenters at the organization’s triennial symposium Sept. 8-10 in New Orleans agreed that resistance is real, a more definitive conclusion than was available at the 2010 meeting. But those presenters disagreed over resistance’s causes and contributing factors.

“Practitioners had believed that they were seeing that for some time, but of course, we can only talk definitively about facts that we have based upon scientific research,” Dr. Graham said. “So, I think some practitioners left the last meeting somewhat unsatisfied, because we were not able to say definitively resistance is possible, whereas now, we were able to do that.”

Dr. Graham said the symposium’s speakers generally agreed that preventives fail most as a result of failure to properly administer the drugs or test for heartworms, and veterinarians can best serve patients by following the AHS guidelines on heartworm preventive use throughout the year and heartworm testing annually.

Dr. Stephen L. Jones, AHS president, said such resistance does not appear to be spreading beyond a small percentage of dogs in the Mississippi Delta, where it likely is most prevalent because of high rates of transmission by mosquitoes, although it could exist elsewhere.

Dr. Jones also noted that he has seen only reports of positive tests but no illness among dogs with resistant heartworms. A particularly unlucky dog could have two or three preventive-resistant heartworms, as preventives still protect against most infective larvae that pets encounter.

When resistant heartworms are suspected in dogs that are receiving preventives, Dr. Jones said it is more important than ever to administer treatment and try to eliminate both adult heartworms and microfilaria.

Resistance of Dirofilaria immitis to macrocyclic lactone drugs was one of the topics of the symposium, along with developments in diagnostics and epidemiology, heartworm disease management, feline heartworm infection, and clinicians’ observations.

“It was a jam-packed meeting, and, I think, very well-received by the folks who were in attendance, especially the practitioners,” he said.

Dr. Graham said the veterinary profession needs more knowledge about heartworms and prevention, particularly on how macrocyclic lactones affect heartworms. Since 2010, he said, research has provided a better indication of how preventives work by showing that they seem to modify a heartworm’s ability to hide itself from a host’s immune system.

Dr. Jones said he would like to see further investigation into the pathology of heartworm infection, particularly into why the disease manifests in various clinical signs in dogs, which can have coughing, lung inflammation, or congestive heart failure, or why they can have no clinical signs at all.

The AHS recently approved spending $100,000 on heartworm-related research, which will be in addition to $40,000 available this year through an AHS research fund managed by the Morris Animal Foundation. Dr. Jones said the amount is a substantial investment toward improving understanding of heartworm disease.