U.S. may get better BSE rating 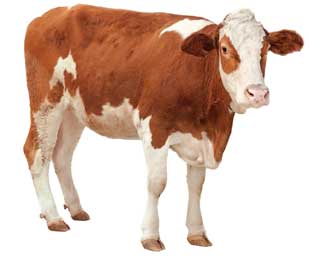 An international health organization’s scientific commission found that the U.S. has negligible risk connected with bovine spongiform encephalopathy, according to the Department of Agriculture.

The finding could help the U.S. increase its beef trade if the commission’s parent organization agrees.

The Scientific Commission for the World Organisation for Animal Health (OIE) recommended changing the U.S. risk classification for the disease from “controlled’ to “negligible,” a USDA announcement states. Agriculture Secretary Tom Vilsack said in the announcement that the findings could support U.S. efforts to normalize beef trade with several nations.

Information from the office of Dr. Bernard Vallat, director general of the OIE, stated that the OIE Scientific Com­mission report would be publicly available after validation and translation, which typically takes several weeks. The World Assembly of Delegates, the OIE’s highest authority, is responsible for approving official recognition of a country’s disease status, and its delegates meet every May in Paris.

The U.S. is among 30 countries listed by the OIE as having a “controlled” BSE risk. Nineteen countries are considered to have “negligible” risk.

OIE information states that a country’s BSE risk status is based on historical and current risks and the country’s efforts to manage those risks. Countries can earn the “negligible” risk status in part by having no reported BSE cases for seven years, by demonstrating that each BSE-positive animal or material in that period was imported and subsequently destroyed, or by having no indigenous BSE cases involving animals less than 11 years old. Other provisions involve awareness, reporting, investigation, and surveillance of animals potentially infected with BSE; demonstration that ruminants have not been, during the past eight years, fed parts or products of other ruminants that could transmit the prions connected with BSE; and destruction of carcasses from animals that could have been reared with BSE-positive animals.

Countries with “controlled” risk status have met most but not all those criteria.

The U.S. most recently detected BSE in April 2012 in a 10 1/2-year-old dairy cow from California that was found to have an atypical form of BSE, according to the USDA.

Atypical BSE is not generally associated with consumption of infected feed, according to the OIE. The U.S. Food and Drug Administration has prohibited adding ruminant protein to ruminant feed since 1997, and the agency banned inclusion of high-risk ruminant materials, such as brains and spinal cords, to any animal feed beginning in 2009.

A country’s BSE risk status affects the numbers and types of assurances the OIE recommends countries receive before accepting imports.

For example, the OIE recommends that veterinary authorities in a country planning to import beef from a “controlled” risk status country require an international veterinary certificate attesting that the beef did not come from cattle subjected to a stunning process involving injecting compressed air or gas into the cranial cavity or to a pithing process—a requirement not suggested when importing from a “negligible” risk country. The organization also recommends that the certificate from a “controlled” risk country additionally attest that the meat is not contaminated with mechanically separated meat from the skull and vertebral column of cattle more than 30 months old. ​