By Story and photo by R. Scott Nolen 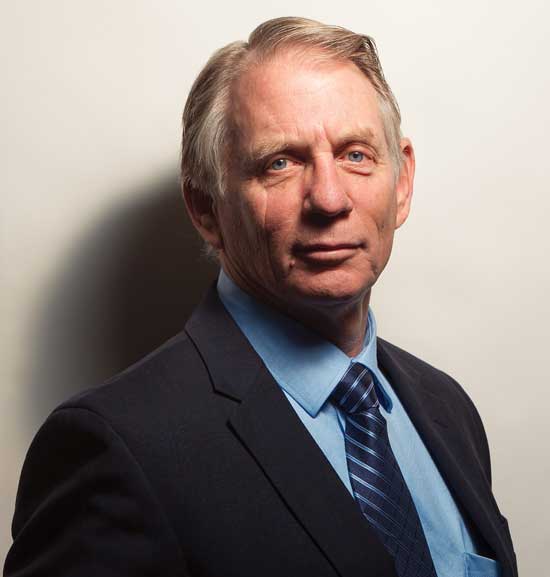 Michael Dicks, PhD, spent most of his career at Oklahoma State University studying the production, distribution, and consumption of agricultural goods and services.

Now, Dr. Dicks will apply his analytic skills to veterinary medicine as director of the AVMA’s new Veterinary Economics Division.

The AVMA Executive Board created the division in 2011 as part of a broad strategy to reverse perceived economic declines throughout much of the veterinary profession.

“No question that economic issues are among those most pressing for our profession,” AVMA President Douglas G. Aspros said. “One of our most significant initiatives was to approve a new economics division, and we’ve waited impatiently to identify the right person to lead it.

“Mike Dicks has the background and experience to allow us to gather and analyze the data we need to understand, perhaps for the first time, where we are and where we’re headed. I expect Mike to help make AVMA a more effective advocate for our members, and he’ll be a terrific asset for the profession for years to come.”

For the past 24 years, Dr. Dicks has worked at Oklahoma State, most recently as a professor in the Department of Agricultural Economics and as chair of international trade and development in the School of International Studies.

Along with his academic duties, Dr. Dicks has operated a 100-head Angus cow-calf operation for several years in Stillwater, Okla.

Dr. Dicks earned his master’s degree from the University of Missouri in 1982 while working on a waste-to-energy project in Tunisia. Three years later, the university awarded him a doctorate in agricultural economics. From 1984-1989, Dr. Dicks worked for the Department of Agriculture’s Economic Research Service in Washington, D.C. In 1989, he was hired by Oklahoma State to work on agricultural policy.

Over the past three decades, Dr. Dicks has assisted farm, commodity, and environmental groups; the USDA; and Congress in developing farm policy. He also has aided foreign governments, U.S. agencies, and nongovernmental organizations in international agricultural development activities.

I do not like being asked for my opinion. I can tell you what the data show, and what you might think about and some options, but my opinion is irrelevant. My arguments are not based on beliefs but the raw data.

Since accepting his role as director of the AVMA’s new division, Dr. Dicks has begun to familiarize himself with the economic studies and reports on veterinary medicine, specifically the IHS Global analysis of the U.S. veterinary workforce that the AVMA commissioned (see JAVMA, June 15, 2012), which is expected to be released this April.

He has definitely hit the ground running,” observed Dr. Link Welborn, chair of the AVMA Economics Strategy Committee. “Mike Dicks’ knowledge and expertise in the practical application of economics are impressive, and I have no doubt that his leadership will produce a robust economics division to the benefit of all AVMA members.”

Before Dr. Dicks learned about the job at the AVMA, he had been planning to retire. He couldn’t pass up the opportunity to work in a field with so much research potential, however. “I feel like I’m a kid in a candy store,” he said. “There are all these data that AVMA has collected over the years, and they’ve been underutilized. It’s going to be fun trying to put together a picture of what’s going on in the veterinary profession.”

Dr. Dicks described his role as providing the AVMA with an economic perspective of the challenges confronting the veterinary profession. Then he’ll propose alternative solutions to the problems and identify the potential costs of each action. “My job is to increase our understanding by examining every issue from an economic standpoint,” he said.

And don’t bother asking for his opinion. “I do not like being asked for my opinion,” Dr. Dicks explained. “I can tell you what the data show, and what you might think about and some options, but my opinion is irrelevant. My arguments are not based on beliefs but the raw data.”

The work of the AVMA’s economics division won’t be limited to veterinary employment and salary issues alone, according to Dr. Dicks. “What can we learn about animal welfare by including economics in those evaluations?” he asked. “It’s not just about how I feel, but it’s also about what I’m able to afford. We all have wants and needs, but we can only fulfill those based on how much money we have.”

When the National Research Council published its long-awaited study on workforce needs in veterinary medicine in 2012, researchers said the lack of data in key areas hindered their work. If information on a particular area of the profession wasn’t available, assumptions were made, which, Dr. Dicks explained, helps him immensely.

“Now we know where to begin. Every place where there’s an assumption, we need to get the data and get rid of that assumption. We need to find out exactly what it is and not assume. That pretty much lays out our work plan,” he said.

Soon, a statistical analyst and an economic analyst will join the division and begin building a database of information about the U.S. veterinary profession. Dr. Dicks said it will contain every bit of data imaginable, such as the number and type of pets and livestock in specific geographic areas and the socioeconomic characteristics of the people in the area and their willingness to pay for veterinary services.

“The idea is use all that information to increase the demand for veterinary services,” Dr. Dicks explained. “That’s what we’re ultimately talking about.”