Rodenticide use, risks may change 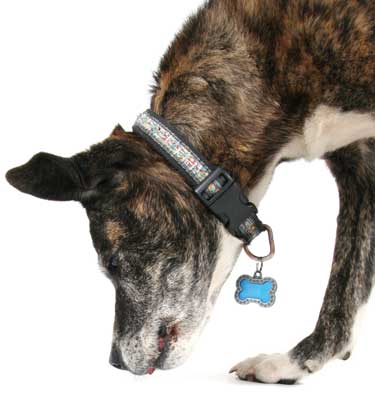 Federal regulators want to remove 12 rodenticides from the consumer market, and with them, most public access
to rodenticidal anticoagulants deemed to be dangerous for nontarget wildlife.

Dr. Ahna Brutlag, assistant director of veterinary services for the Pet Poison Helpline, an industry poison control center, expects that the public will sharply increase use of rodenticides containing bromethalin, a neurotoxic poison, if the Environmental Protection Agency successfully prohibits Reckitt Benckiser Inc. from selling those 12 d-Con products. She expressed concern that many veterinarians may not know that bromethalin use is increasing as rodenticide manufacturers switch away from anticoagulants or that treating bromethalin poisoning is more difficult, time-consuming, and, often, expensive than treating anticoagulant poisoning.
Hal Ambuter, director of regulatory and government affairs for d-CON products at Reckitt Benckiser, said his company would vigorously challenge the EPA actions.

In May 2008, the EPA announced that it planned to restrict sales of the second-generation anticoagulants rodifacoum, bromadiolone, and difethialone because of the poisons’ toxicity and persistence in body tissues, which are risks to nontarget predators, scavengers, and other animals. Those products would be sold only directly to pest control professionals or through agriculture supply stores.

Other rodenticides, such as first-generation anticoagulants and bromethalin, that are intended for use in homes would be sold only with tamper-resistant bait stations, which are supposed to prevent consumption by pets and children.
EPA officials asked rodenticide registrants to comply by June 2011. The agency announced Jan. 30, 2013, that it was moving to ban the sale of 12 rodenticides sold by Reckitt Benckiser, the only manufacturer that did not adopt the standards.

“For companies that have complied with the new standards in 2011, EPA has received no reports of  children being exposed to bait contained in bait stations,” the announcement states.

He also said rodents have been reluctant to enter bait stations or eat the bait blocks within, and costs can sharply increase when consumers buy multiple bait stations.

Reckitt Benckiser was given 30 days to request a hearing by an administrative law judge.

“We are deeply concerned that the EPA is trying to restrict access to essential safeguards that protect our families and our children from the serious public health dangers associated with rodent infestation,” Ambuter said.

James Jones, acting assistant administrator for the EPA Office of Chemical Safety and Pollution Prevention, said in an announcement that the EPA is preventing avoidable risks and has worked with rodenticide manufacturers over the past five years to ensure safe and effective products are available.

Dr. Brutlag, who treats small animals in clinical practice, said bromethalin’s market share among rodenticides is growing, largely because it is more effective than first-generation anticoagulants.
“It’s a neurotoxic rodenticide that can be very difficult to treat,” she said. “It does not have an antidote, and it does not have an antemortem test.”
Postmortem tests of brain or fatty tissue can reveal the presence of bromethalin, but anticoagulant poisoning can be determined on the basis of antemortem prothrombin time measurements, Dr. Brutlag said. Anticoagulant poisoning also can be treated cheaply and safely with vitamin K, whereas bromethalin treatment relies on aggressive decontamination.
But information provided by the EPA states that second-generation anticoagulants have long half-lives and extended presence in body tissues, and treatment can require weeks or months of vitamin K administration and monitoring of blood parameters.
Treatment for bromethalin poisoning typically involves administering three doses of activated charcoal over 24 hours, Dr. Brutlag said. Early treatment usually provides good outcomes, she said, but animals that have signs of toxicosis before treatment can sustain permanent neurologic damage.
Information from the American Society for the Prevention of Cruelty to Animals expresses similar concerns that increased regulation of anticoagulants could lead to increased use of bromethalin and cholecalciferol, the latter of which causes hypercalcemia, is toxic to dogs and cats, and can require “extensive and expensive” treatment.
No rodenticides currently marketed for consumer use contain cholecalciferol, and the EPA did not know of any companies working to develop such products.

By press time, the EPA’s list of rodenticides sold with protective bait stations included only products containing bromethalin or one of two first-generation anticoagulants, diphacinone and chlorophacinone. Dr. Brutlag was glad manufacturers had not adopted use of cholecalciferol, which has a lower toxic dose than bromethalin, is equally difficult and expensive to treat, and can require weeks of medical treatment to reduce serum calcium concentrations.

Mallory Kerley, a spokeswoman for the ASPCA, said anticoagulant rodenticides are still the most prevalent rodenticide baits. The ASPCA Animal Poison Control Center received about 1,300 bromethalin-related calls in 2012, up from about 1,200 in each of 2011 and 2010 but down from about 1,600 in 2009 and 2,200 in 2008.
Dr. Brutlag said the Pet Poison Helpline has had a modest increase in bromethalin-related calls since summer 2011, but the overall rodenticide-related call volume has remained steady. She was surprised that the total number of rodenticide-related calls did not decrease after bait stations were required, but veterinarians may be more likely to call the helpline about bromethalin-related poisonings because they are unfamiliar with the treatment protocols. She also
noted that many consumers are using bromethalin blocks improperly.
For example, bags of 15 or more bromethalin blocks often are sold with a single bait station, leading some people to use both the bait station and loose bait in multiple rodent entry points, Dr. Brutlag said. She also noted that dogs will chew through rodenticide bags. Recently, she consulted on a helpline case involving a dog that ate two pounds of
bromethalin-based rodenticide; it was successfully treated.
Dr. Brutlag expressed concern that many veterinarians may be unaware of the shift toward bromethalin and that some pet owners may be unable to afford overnight treatment.
“There are definitely vets out there—and I talk to them on a daily basis—who say, ‘I had no idea that bromethalin was becoming more popular’ or ‘I don’t even know how to treat bromethalin; I’ve never seen it before,’” she said.
Toxicology
Canine
Feline
Pet ownership
National legislation & regulation