Devocalization as a final alternative 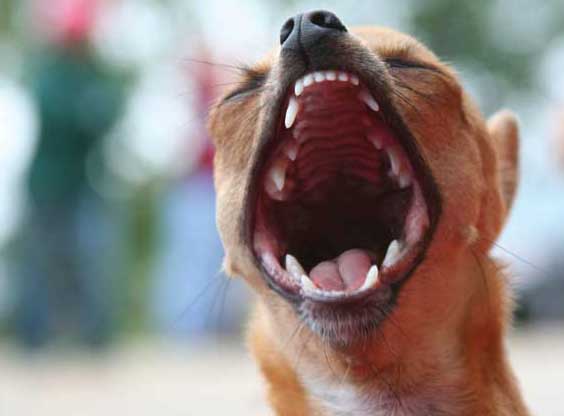 Canine devocalization should be a final alternative to euthanasia for dogs whose excessive barking cannot be managed by other means, according to a resolution that the AVMA House of Delegates passed in early January.

The HOD also approved five other measures during its Jan. 5 regular winter session. Among them was a resolution adding the concept of veterinary oversight to the AVMA definition of the veterinarian-client-patient relationship. Another resolution created a new policy on the proper use of livestock handling tools.

In 2002, the AVMA Executive Board approved a policy stating: “Canine devocalization should only be performed by qualified, licensed veterinarians as a final alternative after behavioral modification efforts to correct excessive vocalization have failed.”

The AVMA reviews policies every five years. The Animal Welfare Committee reviewed the policy on devocalization in 2007, and the board reaffirmed the policy in 2008.

To assist the AWC with its 2012 review, the Animal Welfare Division developed a backgrounder on “Welfare Implications of Canine Devocalization.” The committee also accepted comments from AVMA members via the AVMA website.

“The AWC agreed with AVMA general member comments that there should be a stronger emphasis on the procedure being a final alternative when behavioral modification efforts have failed and the only other option is euthanasia,” according to the resolution background materials.

While the policy was under review, members of the general public contacted the AVMA to express their views. Many opposed devocalization for any reason. A related petition to the AVMA on Change.org garnered more than 100,000 signatures. Others expressed concerns about the AVMA recommending restrictions on the procedure.

The AWC proposed several revisions to the devocalization policy, and the Executive Board referred the revisions to the HOD as a resolution. The board and House Advisory Committee recommended approval.

On Jan. 5, a House reference committee also recommended approval, and the full HOD passed the resolution without further discussion. The policy now reads as follows:

“This was born out of a concern with drug residues in Wisconsin,“ Dr. Ann Sherwood Zieser, Wisconsin delegate, told the HOD, referring to drug residues in beef from dairy cattle. “What became evident after analyzing the information was that the key ingredient that was missing was oversight—oversight by the veterinarian.”

Dr. Susan B. Chadima, Maine delegate, served on the task force that recently revised the AVMA definition of the VCPR while updating the AVMA Model Veterinary Practice Act.

“I think we are potentially introducing a question of additional liability and additional responsibility,” Dr. Chadima said.

Dr. M. Gatz Riddell, alternate delegate for the American Association of Bovine Practitioners, spoke in support of the resolution. He said the phrase “veterinary oversight” is becoming part of the vernacular at the Food and Drug Administration in discussions regarding drug use in production animals.

Dr. Kate Knutson, alternate delegate for the American Animal Hospital Association, said, “AAHA would like to encourage everybody to support this resolution.” She continued, “We don’t see a problem with it in companion animal medicine.”

The HOD passed the resolution. The VCPR definition appears in the model practice act and the AVMA Principles of Veterinary Medical Ethics.

Dr. Michael J. Topper, Pennsylvania alternate delegate and chair of the reference committee, said the committee had concerns that the language of the draft policy would preclude use of certain handling tools for horses.

After lengthy discussion, the HOD approved the policy with several amendments to address various concerns with language.

The new policy on livestock handling tools encourages good facility design, an understanding of species needs, training and monitoring of handlers, and judicious use of electric prods. The policy also states that, “Disabled livestock should be managed in accordance with the AVMA policy on Disabled Livestock.”

The HOD approved two other resolutions and an amendment to the AVMA Bylaws.

Another resolution updates the AVMA policy o​n stem cells. According to background materials: “Specific emphasis is placed on the experimental nature of the use of stem cells for many conditions and advising that the use of stem cells in clinical cases be based upon scientifically-derived information that demonstrates both efficacy and safety.”

The bylaws amendment requires the AVMA website and other appropriate electronic media to carry a notice of intent to amend the bylaws at least 30 days before the pertinent HOD session. The notice must include a specific description of the proposed amendments. The previous requirement was for the JAVMA to publish the notice 30 days beforehand, online or in print, requiring even more lead time because of the publication cycle.

The Executive Board withdrew a resolution to revise the policy on “The Objectives and Key Elements Needed for Effective Electronic Identification of Companion Animals, Birds, and Equids” to allow for further review.